We are studying ICC’s declaration on Boko Haram – Reps 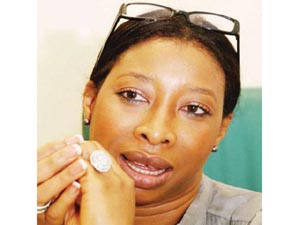 Sequel to last week’s declaration of the International Criminal Court that the Islamist sect, Boko Haram, may have committed crime against humanity, the House of Representatives has said that it was studying the situation carefully.
Speaking with correspondents at the weekend, the Chairman, House Committee on Foreign Affairs, Nnenna Ukeje, however, said the House is convinced that Nigeria’s judiciary has displayed excellent competence in the handling of the court cases relating to the activities of the insurgents.
She therefore, contended that there will be no basis to take over the case relating to insurgency in Nigeria, since the local courts are already handling it well.
The Prosecutor of the International Criminal Court recently said there was reason to believe that crimes against humanity have been committed by the dreaded Islamist sect in Nigeria, Boko Haram.
The ICC Prosecutor, Fatou Bensouda, in a report to the United Nations, noted that since July 2009, the sect had “launched widespread and systematic attacks that have resulted in the killing of more than 1,200 Christians and Muslims civilians in different locations throughout Nigeria.’’
“The scale and intensity of the attacks have increased over time,” the report stated, adding that it was now assessing whether the national authorities are conducting genuine proceedings in relation to the crimes.
The House Foreign Affairs Committee chairman stated: “On the ICC pronouncement on the trial of Boko Haram for committing crime against humanity, we are going to be watching that space very closely to see what they propose to do, considering that Nigeria has acted very responsibly.
“Last year, US declared the group as committing crimes against humanity and Nigeria has done as much by declaring it a terrorist group.
“So we are going to be looking at what they propose to do, as we know in the Committee that there is a complimentary principle that the ICC would only investigate and take over a case if the court of law of that country trying them is incompetent and no one can say our courts are incompetent.”