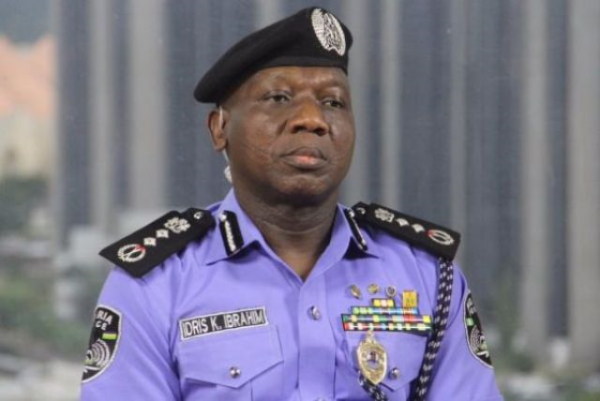 The House of Representatives, on Wednesday, began an investigation into the allegation of non-compliance with provisions of the constitution in the promotion of some police officers by Inspector General Police, Ibrahim Idris.

The resolution was sequel to a motion by Hon. Frederick Agbedi at the plenary presided over by Speaker Yakubu Dogara, in Abuja.
The News Agency of Nigeria reports that the Police Service Commission and IGP Idris had clashed over moves by the former to demote about 1, 500 policemen who benefitted from the special promotion carried out by the IGP.
In his letter to the PSC Chairman, Musiliu Smith, with reference number: CE:2300/IGP.SEC/ABJ/VOL.27/46, the IGP stated that the planned demotion was discriminatory on account of its arbitrary selection of officers to be affected.
He insisted that the commission lacked the power to review the promotion.
Moving the motion for the investigation, Adgedi, who represents Sagbama/Ekeremor Federal Constituency, said there was the need for the House to step into the matter towards ascertaining that the promotion complies with the laws.

He said: “The House notes that Section 153(1) of the Constitution of the Federal Republic of Nigeria, 1999 (as amended) established for the federation, a Police Service Commission saddled with the responsibility to appoint and promote persons to offices (other than the office of the Inspector General of Police) in the Nigeria Police Force.

“The House also notes that by virtue of the provisions of Section 153 (1) and paragraphs 30(a) and (b) of the Third Schedule to the Constitution of the Federal Republic of Nigeria 1999 (as amended), the power to appoint, promote, dismiss and discipline officers of the Nigeria Police Force (other than the Inspector General of Police) falls within the exclusive purview of the PSC.

“The House further notes that by virtue of the provisions of Section 160 (1) of the Constitution, the PSC is empowered to make rules to regulate its own procedures or confer power and impose duties on any officer or authority for the purpose of discharging its function.

“And in the exercise of the powers, the PSC, in 2014, approved the General Promotion Guidelines for the promotion of officers.

“The House is aware that the Inspector General of Police has appointed and posted State Commissioners of Police and promoted some officers of the Force without recourse to the General Promotion Guidelines or the PSC, a development which the commission frowned at and has threatened to review those appointments and demote such officers.”
The lawmaker explained that the benefiting officers who felt aggrieved by the decision of the commission had threatened litigation if the said decision to demote them was carried out “while those due, but denied promotion are also spoiling for action”.

Agbedi argued that there was the need to ensure professionalism and discipline in the Nigeria Police Force and to make sure that “same is perceived positively locally and internationally”.

When Speaker Dogara put the motion on a voice vote, the lawmakers unanimously endorsed it.

Dogara mandated the House Committee on Police Affairs to investigate and ascertain the propriety or otherwise of the said appointments and promotions whether they were done in compliance with the provisions of the constitution and the General Promotion Guidelines of the Nigeria Police Force.

He charged the committee to report back within eight weeks for further legislative action.