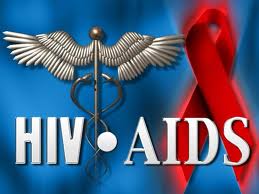 Following passionate appeal made by the representatives of over three million people living with HIV/AIDS in the Nigeria, the House of Representatives has given a commitment that the Anti-Stigma Bill will be passed soon.
The chairman of the House of Reps Committee on HIV/AIDS, Malaria and Tuberculosis, Hon. Joseph Abe, gave the assurance on Monday at a meeting on ‘Emergency Response Plan for HIV/Aids in Nigeria’, presided over by President Goodluck Jonathan in Abuja.
“I want to give a commitment here on behalf of the House that the Anti-Stigma bill will be passed before the end of this parliamentary year. It is at the final stage and will be passed soon,” Abe said.
Commenting on other issues raised by participants, which include governors and their commissioners for health, he said the House will not be favourably disposed to passing a law making testing for HIV/AIDS compulsory for the people.
According to him, it will amount to breach of Nigerians’ fundamental human rights, noting also that the international community could also raise the eyebrow.
The lawmaker also decried a situation where the National Action Committee on AIDSNACA does not disclose the amount it is getting from the international donor agencies, which he said running into thousands of foreign currencies, calling for transparency in the way and manner funds accruing to the agency are spent.