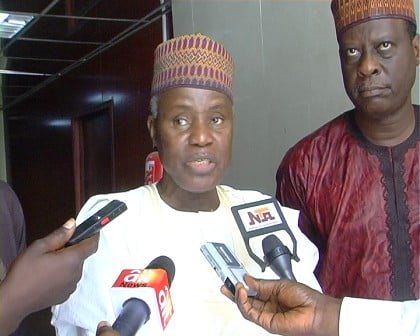 The House of Representatives has pledged support for the Armed Forces via approval of additional resources toward achieving success in the ongoing fight against insurgency and other related security challenges.

The Chairman, House Committee on Defence, Babajimi Benson, gave the assurance when he led members of the committee on oversight visit to the Ministry on Friday.

The Director, Press and Public Affairs, Ministry of Defence, Charles Nwodo, disclosed this in a statement in Abuja.

Benson noted that Nigerians were expectant of better outcomes from the Armed Forces, adding that the House of Representatives saw the need to support the military through the Ministry of Defence.

According to him, those who have chosen to protect our lives and property as well as the territorial integrity of Nigeria deserve to be adequately motivated because a well motivated soldier is a function of adequate welfare among others.

He gave assurance that the committee would ensure that soldiers’ personal entitlements were prioritised as a motivating factor.

Benson, however, urged the Minister to develop a robust information sharing platform to ensure that the public were better informed on the activities of the ministry.

“The 9th House of Representatives has resolved to continue supporting the armed forces of Nigeria in ensuring security, peace and prosperity,” he said.

Responding, the Minister of Defence, retired Major General Bashir Magashi, commended the lawmakers for their patriotic resolve to complement efforts of the Ministry to win the fight against insurgency.

Magashi said the government had to grapple with some challenges in terms of coordination, logistics and pressure on resources in carrying out its mandate.

He said effective synergy with the National Assembly would spur actions on the efforts of the Ministry to achieve its statutory obligations.