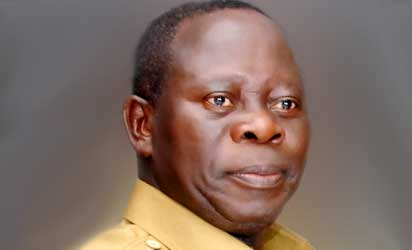 Governor Adams Oshiomhole of Edo State said it took seven years for him to squeal on the illegalities perpetrated by the Lucky Igbinedion administration in the state because he knew that the past Peoples Democratic Party-led Federal Government lacked the moral and political will to fight corruption as the government at the federal level was also committing serious infractions.
Speaking at a colloquium organised by the state government to interact with the people of Edo State on the topic: “The Edo Project: Defining the Issues and addressing the Challenges-Post 2016,” as part of activities to mark his seventh anniversary in office, Oshiomhole said there were things he could not do under the PDP Federal Government.
He said: “People asked me: why didn’t you speak all these years. If I say it, reporting thieves to thief, what difference does it make? Now I can talk because I know that the man there, if I can provide evidence, he will act. There was no point reporting a thief to an armed robber.”
According to the Governor, the PDP Federal Government acted with a lot of impunity at that time, adding: “A Commissioner of Police came to my office a few years ago and brought an instruction from Abuja signed by the IG on the instructions of the Secretary to the Federal Government, Anyim Pius Anyim, that I should be stopped from intruding into the Ovoranwnem Square, that I am vandalizing Federal Government property and violating federal territories.
“I told the CP to put me in handcuffs and take me away because it is not difficult to arrest me courtesy of my size. We have been fighting all kinds of forces and I said, the water fountain you call an act of vandalism was what our people celebrate. But in the eyes of the PDP, I was vandalizing it and even as we speak, the matter is in court.
“Given the new balance of forces in Abuja, I have directed that they resume rebuilding the water fountain and to re-grass it and I also said that that place should not be turned to a car park. Until we got rid of the PDP, anybody I sent to carry out such task did so at great risk to their freedom.”
Speaking on the Land Use Charge law, the governor said: “I am not going to waste my precious time dealing with mercenaries. We are ready to engage with the real civil societies. They have a signature House in Abuja and they know what they pay there. They have a house in Bishop Avenue in London occupying 1300 square meters. Whether the one owned by the father or the son, they have properties in South Africa and they pay land use charge for those properties whether they live there or not.
“Do you think when they are fighting us in Edo, it is about enlightenment? It is not about enlightenment. Is it not of interest to you that it is student and Civil Societies who are fighting or purporting to fight against property tax. In other developed countries, it is this group that will be pushing government to increase property tax to the rich. How can a student be fighting for a rich man not to pay tax?”
Earlier, the moderator of the colloquium, Femi Falana (SAN), praised Oshiomhole for a job well done in the past seven years as Governor.
According to Falana: “The Governor, having been in the terrain of popular struggle and systemic exploitation and corruption, Nigerians were wondering what this social critic was going to do in Edo State. It wasn’t easy, because by the time he assumed leadership of the state, the economy was already grounded.
“For eight years before he got there, the governments, particularly of this state, were all smiling to the bank. By the time the Governor took over, the purse had not only been looted, but it had dried up. The Comrade accepted the challenge and looked for water even in the rock and at the end of the day, he has been able to demonstrate even to his greatest critic that there are governors and that there are governors.
“For our Comrade, the road has not been easy, the battle has been tough but at the end of the day, all of us who are friends and allies, whenever we are discussing the Governors who have performed in this country, Comrade Adams Oshiomhole will certainly rank as one of the best.
“Comrade, you still have a year and unlike other governors who hardly perform during their second term, I understand in Edo State you are waxing stronger and I wish you success as you enter the last lap of your glorious tenure in this state.
“It is not common to see a building of this nature and when I got here I could not believe that I was in the premises of a secondary school, you can only find a hall of this nature either in Abuja or Lagos. Today is not just a day of intellectual discourse, it is day of stock taking.
“I want to congratulate each and every one of his team and the entire Edo people for their contributions to the success of the Comrade Governor. Our people say when your masquerade dances well, you are very proud, Comrade, you are a good masquerade and you are dancing very well.”
Speakers at the colloquium included Dr. Pius Odubu, the Deputy Governor; Osarodion Ogie, Commissioner for Works; Prince Clem Agba, Commissioner for Environment and Public Utilities; Godwin Obaseki, Chairman of Edo State Economic Team; Frank Evbuomwan, Commissioner for Lands and Urban Development; Dr. Aihanuwa Eregie, Commissioner for Health; Dr. Osagie Obayuwana, former Attorney-General and Commissioner for Justice, Edo State; and Austin Osakwe, human rights activist. 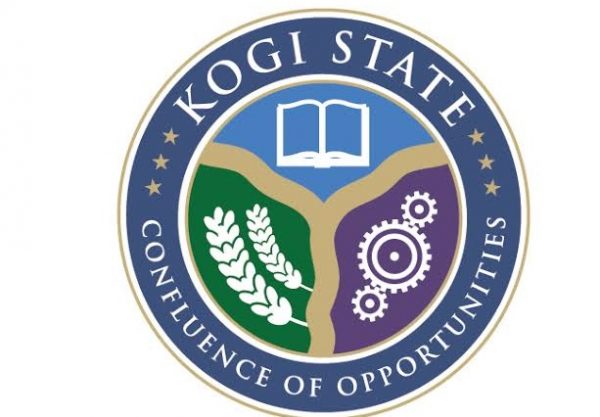