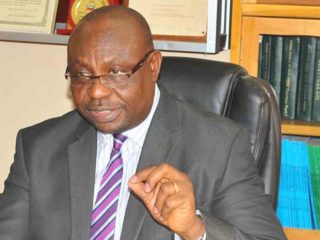 The Independent National Electoral Commission has described false media reports that it has resumed the Continuous Voter Registration (CVR) in places where the exercise was earlier suspended in Imo State. It said the report was misleading.

The electoral umpire in a statement by Festus Okoye, the National Commissioner and Chairman, Information and Voter Education Committee, said the position of the commission had not changed.

The full statement read, “Our attention has been drawn to media reports that the Independent National Electoral Commission (INEC) has resumed the Continuous Voter Registration (CVR) in places where the exercise was earlier suspended in Imo State. This is misleading.

“While the Commission is not unmindful of the imperative of giving every eligible Nigerian the opportunity to register and vote in future elections, the safety and security of citizens involved in the exercise is a paramount concern.

“We appeal to the public to discountenance the purported resumption of the CVR in the three LGAs of Orsu, Njaba and Ihitte Uboma. Such statements are capable of misleading the public and further jeopardising the safety of registrants and officials as well as the security of the Commission’s facilities.

“At the appropriate time, the Commission will announce any new decision on the matter after consultation with the security agencies and critical stakeholders.

“The Commission has an organized and official means of communication and has been upfront with providing information to the general public.

“For the avoidance of doubt, the Commission has not appointed any unofficial spokesperson on any its activities.”