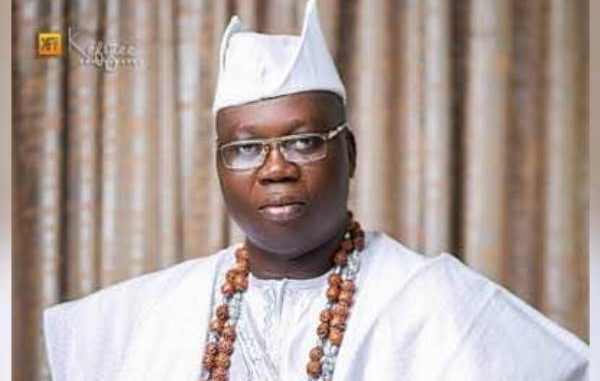 Aare Adams disclosed this on Thursday at the 2021 edition of Ajagunmale Festival held at Lekki Guest House, Lekki, Lagos.

He said Lagos  state made tremendous progress during the administration of the late Alhaji Lateef Jakande as governor of the state, adding that the late Jakande  transformed the state greatly with various programmes and Lagos State had never remained the same.

“The Low Cost Housing Estate built during Jakande’s years was notable and enduring. It outlived his administration that today many of the governors that succeeded him in Lagos state  are still benefitting from his various landmark goodwill  and achievements,

“Therefore, I urge Governor Babajide Sanwo-Olu to look beyond today and build enduring legacies that will surely live after him,”

The Yoruba generalissimo, however, urged the Lagos state governor to  extend his ideas of wealth creation by providing all the basic needs and infrastructure, capable of driving Lekki Free Trade Zone to generate further wealth for the state.

He maintained also that the Lekki Free Trade Zone remains one of the most viable revenue prospects for Lagos state.

“Since the time it was launched, the LFTZ has the potential to  fully utilize the investment and tourism potential to boost the fortunes of Lagos state. The Zone is a multi- use facility with zones for industry, manufacturing, residential and tourism”

“The sea Port has the potential of being the business hub in Lagos state. I think the governor should  extend his ideas  of wealth creation by providing all the basic infrastructure, capable of driving Lekki Free Trade Zone to generate further wealth for the state.

Meanwhile, the royal host and the Onilekki of Lekki, Oba  Olumuyiwa Ogunbekun, in his remarks praised the Aareonakakanfo for his spirited efforts to promote the Yoruba culture and tradition.

Oba Ogunbekun said it is the duty of the traditional rulers in Yoruba land to support any idea that can bring back the lost glory of the race, assuring that he would always make himself available and also support the foundation.

“I think Aare Gani Adams has made great impact in salvaging the Yoruba race. His efforts in cultural promotion are obviously very rewarding. That is why he is  able to sustain these festivals across the Southwest without looking back and it is our duty as custodian of the Yoruba culture and tradition to support him and the Olokun Festival Foundation in this regard “.

Others were Chief Raphael Ajibare, OPU coordinator in Libya, Alhaji Monsuru Adenekan from Germany and Chief Sidikat, the Iyalode of Lekki Kingdom.