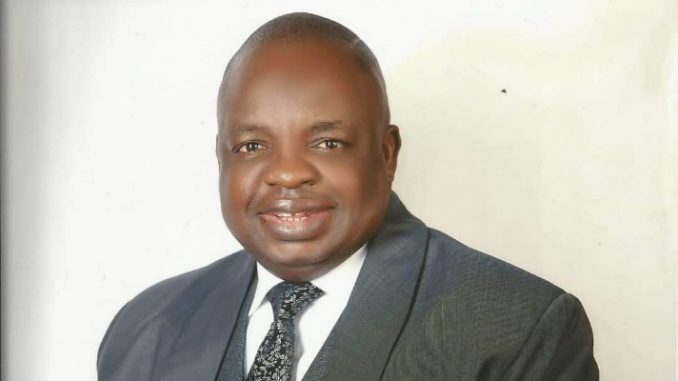 The member of the House of Representatives for Abi/Yakurr Federal Constituency in Cross River State, Dr. Alex Egbona, has raised the alarm over threats to his life and those of his family members following his decision to approach the Court of Appeal after the election tribunal nullified his election.
Egbona was the only member of the APC to have won an election during the just concluded general elections.
His homes are said to have come under attack in the last one week.
The first attack was the invasion of his Ekureku country home by men in Army uniform about 24 hours after the tribunal judgement, which gave victory to the Peoples Democratic Party candidate, John Gaul Lebo.
The soldiers took over the village, especially the routes leading into and out of Egbona’s home.
They spent the entire day in the village and left at night.
“The following day, they returned to my village and moved round the place before leaving much later in the day,” Egbona said in an interview with journalists.
He added: “Yesterday again, I got a message that some unknown gunmen terrorised my village from about midnight and shot sporadically. About the same time too, another set of unknown gunmen went to my house in Calabar and shot several times before leaving.
“I cannot understand why my homes have come under attack. If the tribunal has ruled that the PDP candidate won at the tribunal, I have the right to appeal and should be allowed to be alive and pursue my case at the Court of Appeal.
“This intimidation will take us nowhere. I am going to the Court of Appeal to test the law and no amount of intimidation can stop me. My mission to the Court of Appeal is to prove that my people freely gave me a mandate and that mandate cannot be taken away through a bush market judgement.
“I am appealing to law enforcement agents in our state to ensure my safety. I have drawn the attention of the police in my local government to the threat to my security and I believe that they will take appropriate actions.”
Egbona said he had received threat calls warning him to stay action on the appeal if I wanted to remain alive.
He said: “My family members in the village are now living in fear. This is not the democracy we fought for. I do know that this is a phase and it will pass away.
“Let me state for the umpteenth time, that I will not back down on the case. No amount of attacks, invasion of my homes or threat calls will deter me. I have a covenant with my people to change the narrative in representation and nothing, I mean nothing, can stop me.”
Egbona urged all his supporters and family members to remain calm and unmoved by the threats, just as he expressed maximum confidence in the ability of security operatives to contain the situation.
Recall that during the last general elections, soldiers had invaded the Ekureku home of Egbona, searching every part of the expansive premises up to his bedroom.
At the end of the search, nothing incriminating was found.
Egbona and Gaul are contending for the Abi/Yakurr Federal Constituency seat.
While Egbona was declared winner of the election by Independent National Electoral Commission, the tribunal last Wednesday ruled that Egbona was not a candidate at the election and gave victory to Gaul.
Egbona is appealing the judgement.