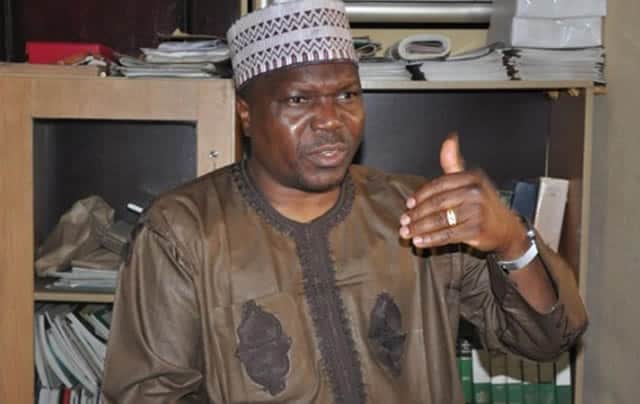 The Organised Labour Movement has urged the Federal Government to remedy the huge salary disparity in core civil service as compared to other Ministries, Departments and Agencies.
Bobboi Kaigama, President, Trade Union Congress, made the call during the 2019 Worker’s Day Celebration on Wednesday in Abuja.
The theme of the Workers Day is “Another 100 Years of Struggle for Jobs, Dignity and Social Justice in Nigeria’’.
He said that the huge salary disparity in the core civil service was a major concern to many.
He said government should reinstate the tenure policy in the civil service, stop the over-dependence on consultants and improve the work environment.
He said: “We call on the government to ensure adequate and timely payment of the salaries for public sector workers especially those at the state and local governments.
“This would make the public service attractive to top talents and minimise the lure of official graft.”
Kaigama noted that the public service was the engine room of government policy articulation and the implementation of public programmes.
He added that unfortunately, the public service in Nigeria was marked by low pay and huge salary disparity in the core civil service when compared to other MDAs.
He said: “This needs to be addressed as it negates the ILO’s principles of equal pay for work of equal value. There are also the challenges of delay in the payment of promotion arrears, transfer allowance and other legitimate claims of workers and the dearth of working tools and conducive workspaces for workers.
“Also, of paramount concern to workers is the policy that discarded the tenure system for the top echelon in our civil service making the civil service top heavy and promoting career stagnation and indiscipline.”
He, however, said that Nigerian workers are worried by constraints imposed by the dearth of deliberate planning of the national economy for many years.
He said that it was unfortunate that the 1985 military coup not only ended the era of national development planning but also, instituted the disarticulation of the annual budgets from discernible milestones of economic development in Nigeria.
He said: “We urge all the Governments in Nigeria to make deliberate efforts to return to national development planning.
“The advantages in doing so are many, including fixing the weak plan-budget link and thereby addressing the poor coherence in programmes and projects implementation.
“There is a need for the systematic and credible monitoring of the execution of development programmes to ensure that government projects meet set targets and service identified needs.
“The Ministry of National Planning is very critical in this regard. We call for the professionalisation of the Ministry of National Planning.”
The TUC president called on the President to appoint a Cabinet Minister with the requisite training and experience to administer the crucial ministry.
He also commended the commitment of the present government to fighting official corruption.
He said: “There is an increase in the number of public officials and their collaborators in the private sector who have been successfully prosecuted and convicted on charges of corruption.
“It is important for all Nigerians to see the fight against corruption as a collective battle which must be fought in a transparent and holistic manner.
“Corrupt persons in and outside government must be dutifully tracked and diligently prosecuted.
“This requires a reformed judiciary. We also reiterate our demand for specialised courts to speed up the prosecution of all corruption cases. Corruption cases must be dispensed with in a specific period of time.”
He also said organised labour views the huge severance payment and pension to political office holders as a form of corruption.
He added that it is even more disturbing when many of the recipients of these self-sponsored and self-benefitting allowances are State Governors who left the office with piles of unpaid salaries, gratuity and pension liabilities.
He said: “Furthermore, we demand that recovered looted funds must be transparently accounted for and utilized to revitalise the economy and attend to the welfare of citizens.”