Religion must be tamed or it’ll kill Nigeria – Soyinka 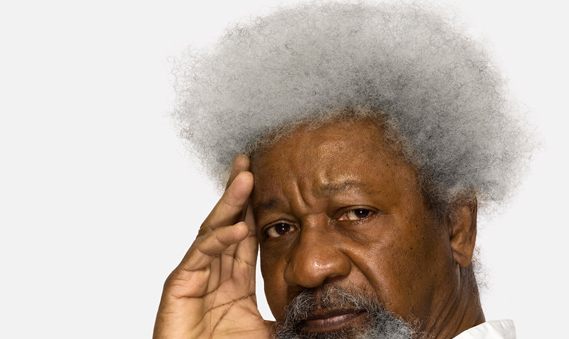 Nobel laureate, Prof. Wole Soyinka, has said religion must be tamed for it not to kill Nigeria.
Soyinka equally condemned the handling of the crisis in Southern Kaduna by President Muhammadu and the Kaduna State Governor, Nasir El-Rufai.
He spoke on Thursday in Abuja at the launch of the book: “Religion and the Making of Nigeria,” written by Prof. Olufemi Vaughan.
He said: “Religion is more likely to induce anxiety leading to trauma rather than solace and the consolation of spirituality, which many religions claim for themselves.”
Soyinka criticised the admission by El-Rufai that he paid killers of Southern Kaduna people to stop the carnage.
He said: “What astonished me was not the admission by the governor but the astonishment of others at such governmental response to atrocity.
“There was nothing new about it.
“If you ask why General Buhari did not act fast enough when these events take place, which degrade us as human beings, well it is perhaps he has been waiting for the governor of that state to send money to the killers first for them to stop the killing.”
Soyinka said it was no longer enough for religious leaders to simply condemn violence perpetrated by their followers.
He said: “The sitting president of this nation, General Buhari, once said: ‘If you don’t kill corruption in this nation, corruption would kill us.’
“I would like to transfer that cry from the moral zone to the terrain of religion.
“If we do not tame religion in this nation, religion would kill us.
“I do not say kill religion, though I wouldn’t mind a bit if that mission could be undertaken surgically, painlessly, perhaps, under anesthesia effectively sprayed all over the nation or perhaps during an induced pouch of religious ecstasy.
“However, one has to be realistic.
“Only the religiously possessed or committed would deny the obvious.
“The price that many have paid not just within this society but by humanity in general makes one wonder if the benefits have really been more than the losses.
“I’ve quite often imagined what the world would be if religion had never been invented.
“Can one think of any landscape without religious architecture?
“What went wrong?
“What has gone wrong?
“When where and how did religion become a killing machine?
“The book under consideration does not pretend to attend to those issues.
“However, for both the monk and the clerical or spiritual leaders, it is simply no longer sufficient to say this or that form of conduct is not permitted by this religion or the other.
“Or those who do this or that are not true believers of this prophet or that avatar or sage for the simple reason that others who dissociate themselves from conduct, which universally is condemned, are themselves declaring themselves partisan of their own in contradistinctions to others.
“What, however, concerns the rest of us no matter the internal wrangling, rivalries or controversies within any religion, what concerns us is that the innocent are often those who pay highest price.
“The non-adherents to one line of belief or another.”
Also speaking at the event, Vice President Yemi Osinbajo described the issue of Federal Character as a hypocritical tool in the hands of the elite in peddling influence observed that at critical times they forget religion and ethnicity.
Osinbajo said: “Very few people have been prosecuted for religious violence, but none has ever been brought to conclusion.
“Why it is that such case are never concluded?
“Too many cases of high profile murders that are not concluded in this country.
“National character is very hypocritical.
“When we are playing football, we all clamour for the best legs because we want to win.
“We don’t ask how many Muslims or Christians are in the team.
“When you are sick, nobody asks the religion of the doctor.
“We only ask about competencies.”
The Catholic Bishop of Sokoto Diocese, Mathew Hassan Kukah, lamented that religion had been used mainly for manipulative tendencies by northern elites.
Kukah said: “Unless we get round to defining what constitutes religion and in this particular case, the way and manner in which how the northern ruling class continues to use religion as a cover to perpetuate and subjugate the people, the problem will persist.”