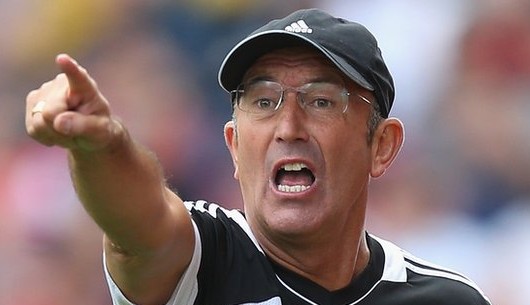 Two sides at the wrong end of the Premier League table go head to head this weekend as Leicester City travel to The Hawthorns to take on Tony Pulis’s West Bromwich Albion.

The Foxes are rooted to the foot of the table, six points from safety, although they do have a game in hand, while the Baggies are just seven points clear of the bottom three in 14th.

West Brom’s chances of survival have been boosted since Pulis took over from Alan Irvine at the start of the year, but they have not been able to pull away from the relegation zone completely since the Welshman’s appointment.

Three defeats in their last four outings mean that the Baggies are far from safe, with their only victory in that run coming in a meeting with Stoke City last month.

Last weekend, they became just the second side this season to suffer a home defeat to QPR, as they were thrashed 4-1 by the relegation-threatened London side.

Leicester may be bottom in the league, but they will head into this match full of confidence after ending an eight-match wait for a league win with victory over West Ham United last weekend.

The win was not enough to move them off the bottom of the table, but it keeps them in striking distance as they prepare to fight for their place in the top flight in the final weeks of the season.

Last weekend’s win ended a run of six defeats in eight matches, although just one of those defeats was by more than a one-goal margin, with the team having rarely been thrashed since returning to the top flight.

Leicester’s away form has been a particular cause for concern though, with just two of their 16 fixtures away from the King Power Stadium resulting in victories so far, while 12 have seen the team beaten.