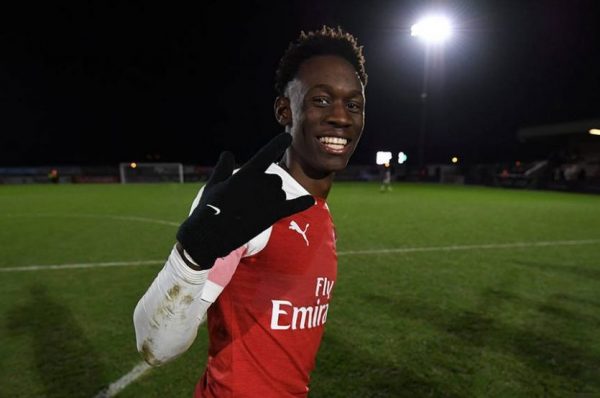 BOREHAMWOOD, ENGLAND - JANUARY 18: Flo Balogun of Arsenal celebrates after the match between Arsenal U18 and Tottenham Hotspur U18 in the FA Youth Cup 4th Round at Meadow Park on January 17, 2019 in Borehamwood, England. (Photo by David Price/Arsenal FC via Getty Images)
Share
Facebook Twitter LinkedIn Pinterest Email

The 21-year-old will spend the entire 2022/23 campaign in Ligue 1, having been pushed further down the attacking pecking order at Emirates Stadium under Mikel Arteta.

Eddie Nketiah performed a contract U-turn after a strong end to last season and was quickly joined by the £45million arrival of Gabriel Jesus from Manchester City.

Balogun went on to play a bit-part role for Arsenal during pre-season, coming off the bench in the friendly win over Nurnberg in Germany but failing to register an appearance on their successful tour of the United States.

He has now joined Reims on a season-long loan.