Nollywood actress calls out NIFS, others for snubbing her

However, it has not stopped her friendship with the Kayanmata seller.

It refers to herbs or potions that act as sex or love enhancers for couples.

The products have been trending on social media as the merchants openly advertise them and also post their clients’ testimonies on the efficacy.

Daniels posted a video on her Instagram page showing the moment Empire personally delivered some “kayanmata” products said to be worth $10,000 (about N5 million) to her.

Daniels also bought three waist beads at the price of N500,000 each and a box of chocolate among other things.

The billionaire wife paid for the items in dollars, which made Empire happy as she was seen flaunting the bills while bragging about her connection with billionaire wives.

A voice that sounded like that of Daniel’s billionaire husband was heard in the background as Empire flaunted the money. 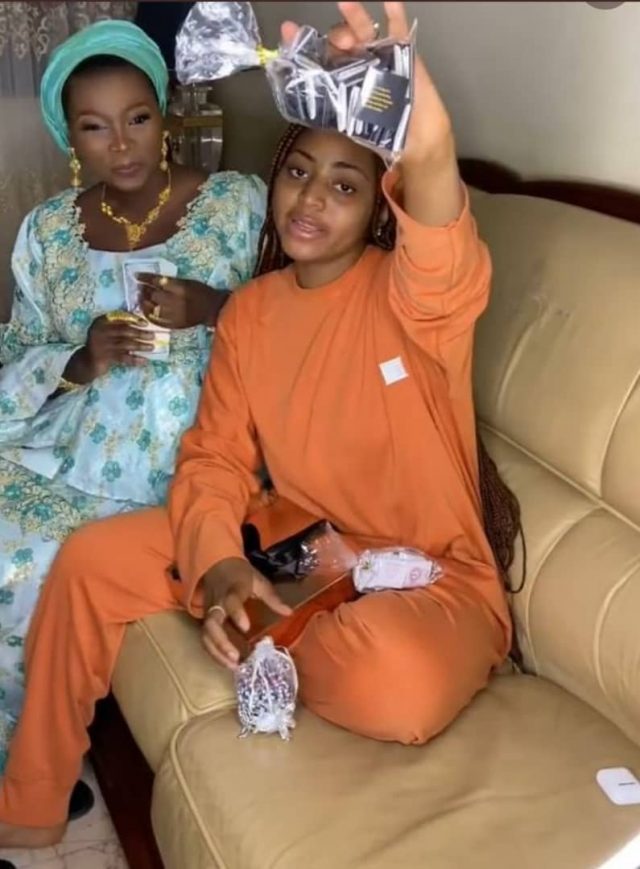 Nollywood actress calls out NIFS, others for snubbing her

How I was raped five times from age 14 — Nollywood actress, Iyabo Ojo