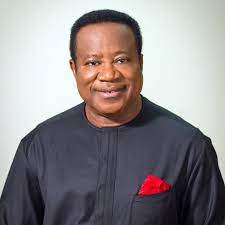 The ongoing amendment to the 1999 Constitution of Nigeria by the National Assembly should not be made to see the light if the day until referendum clause as well as state or regional autonomy are included in the document.

This was the position of the Presiding Pastor, Living Spring Chapel International, Pastor Femi Emmanuel.

Emmanuel, the National Director of Politics and Governance, Pentecostal Fellowship of Nigeria, spoke at a news conference in Ibadan, Oyo State ahead of the 2022 annual World Lifting Conference, tagged: “Living Proof,” organised by the denomination, which will hold from December 12 to 18, 2022 at Dominion City, Aduloju Bus Stop, along Iwo Road-Ojoo Expressway, Ibadan.

He said: “This constitution should not be passed until we have a referendum clause included and also state or regional autonomy.

“The country does not have such resources.

“Even now, we are in debt and interest payment supersedes our revenue.

“We are paying more interest on loans than we are even generating.

“That tells you there is impending economic doom staring us in the face.

“Nigeria has to be reorganised.

“Nigeria has to be rearranged.

“So, we can’t pass a constitution that does not give each state or zone the power to secure their borders or themselves.

“So, let this fraudulent constitution die with this outgoing government so we can sit down and properly arrange Nigeria.

“Which other country in the world operates two systems of law together?

“In Nigeria, we have penal code for the North and criminal law for the South.

“In the same country, Sharia and English law side by side.

“No state assembly should pass the so-called amendment to the constitution.

“Our constitution is a fraud.

“It is a lie, and there are so many lies told in that constitution that has to be jettisoned.

“So, I support, I salute, I congratulate, and I celebrate the state houses of assembly that refused to pass that constitution.

“How can you pass a constitution where the rights of the citizens to say yes or no are not included?

“How can we pass a constitution that has no referendum included?

“As a matter of fact, you can’t have a democracy where there is no freedom to say yes or no.

“For crying out loud, we are supposed to be a secular nation.”