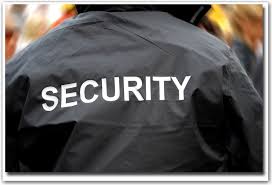 Ajibola Owolabi, the Executive Director of a Non-Governmental Organisation, Advocacy for Peace & Harmony, has said that the recruitment of security personnel should not be based on age only but also on integrity.
He told the News Agency of Nigeria on Tuesday in Osogbo that the rising spate of insurgency in Nigeria demands a shift of focus and called for other considerations.
According to Owolabi, age limit as the basic criterion for recruitment into security services has deprived the country of some brave and dedicated personnel who will contribute immensely to the security of the nation.
He said, since Nigeria is presently confronted with serious security challenges, it is imperative for the government to change its modus operandi in recruitment guidelines.
Owolabi said: “No logical rationale can be advanced for the age-limit criterion except the need to reduce number of applicants through that means.
“The security situation in Nigeria of today requires total diversification of our strategies including the pattern of recruitment into the security agencies.
“In my own view, what is most important as a criterion for recruitment into security agencies is the antecedent and the security history of applicants to know those who have criminal intents.
“Unfortunately, many of the security agencies are not probing into the security history of applicants before they employ them, and unwittingly engage criminals to go after criminals.
“Also, security chiefs must take the issue of welfare of the officers seriously for the purposes of boosting their morale and spur them to swift response to crime at all times.’’
He called on the people in the volatile areas of the North East to brace up and cooperate with security agencies in the area of local intelligence gathering.
Owolabi said the role of the local communities in intelligence gathering towards the fight against terrorism can never be over-emphasised.
He extolled the security agencies for their patriotic services and the level of commitment they have displayed thus far.