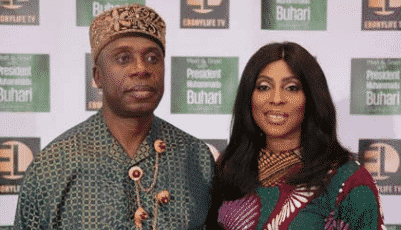 More names have come up in connection with the discovery of N15 billion in different currencies in a flat in Ikoyi, Lagos State.
The Economic and Financial Crimes Commission made the discovery on Wednesday.
Money recovered included $43 million, N23 million and £27,800.
On Saturday, the names of the Minister of Transportation, Rotimi Amaechi, and the owner of EbonyLife TV, Mo Abudu, were linked with two flats in the building, one from which the money was said to have been retrieved.
A former Minister of Aviation, Femi Fani-Kayode, accused Amaechi of being the owner of the flat in which the money was recovered and by extension the owner of the fund.
Fani-Kayode, the spokesperson of the Peoples Democratic Party Presidential Campaign Organization for the 2015 election, said on his Twitter handle that Amaechi owns the money and the flat.
He said the money does not belong to the National Intelligence Agency as being claimed in some quarters.
He said the NIA does not keep its funds in a fund owned by a minister.
The flat is believed to be Flat 7B.
Fani-Kayode tweeted: The $43 million is Rotimi Amaechi’s. He owns the flat it was found in too. NIA (National Intelligence Agency) story is fake news! NIA does not keep cash in Minister’s flats!”
In another tweet, Lere Olayinka, a spokesman of Governor Ayo Fayose of Ekiti State, said a cover up game has started.
Olayinka said Amaechi owns the house in which the money was found, while Abudu lives in the flat opposite it.
He tweeted: “Cover up game has started!
“Rotimi Amaechi owns the house.
“Mo Abudu lives in Flat 7A, money found in Flat 7B.
“I still dey come.”