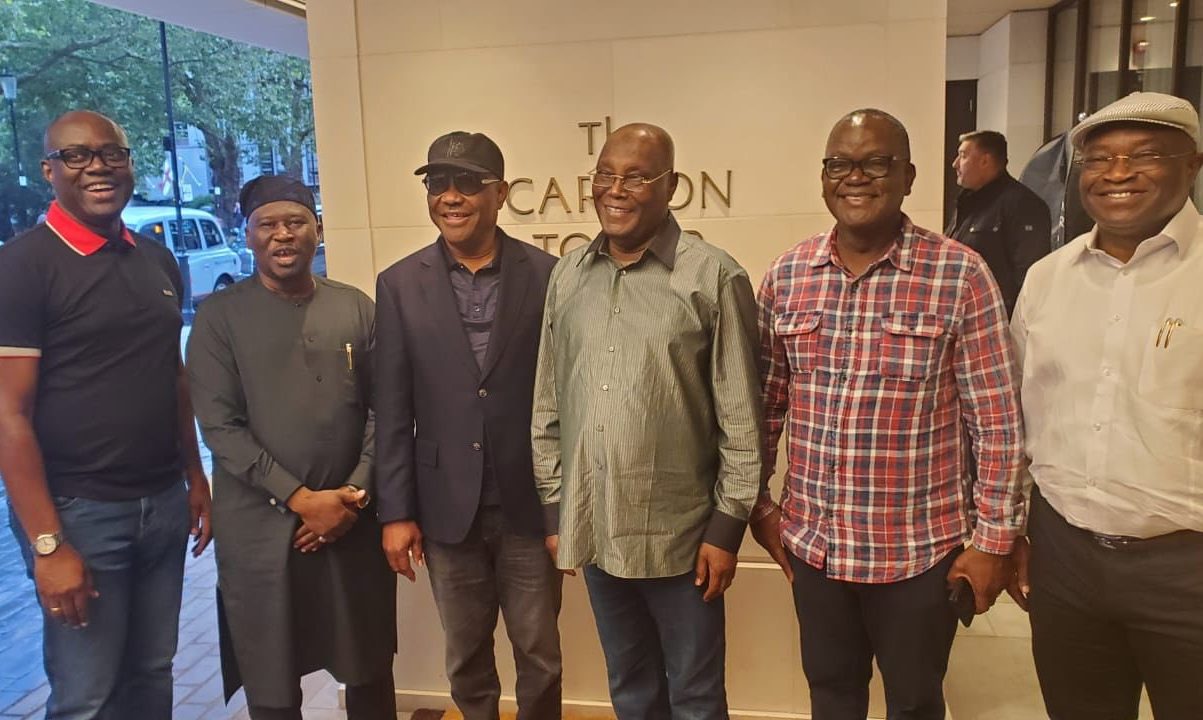 The Eagle Online has been offered reasons why the presidential candidate of the Peoples Democratic Party for the 2023 elections, Atiku Abubakar, cannot meet the demand of the Rivers State Governor, Nyesom Wike, for the sack of the National Chairman of the PDP, Senator Iyorcha Ayu, as one of the conditions for peace.

According to available information, top on the demand of Wike for truce with Abubakar is the sacking of Senator Ayu.

Wike’s camp believes aye worked unabashedly for the emergence of the former Vice President as the presidential candidate of the PDP.

But despite this, Abubakar is said to be in a tight position concerning sacrificing Ayu to appease Wike.

Informed sources within the party confirmed an initial report by The Eagle Online that there exists a strong anti-Wike sentiment in the North.

Recall that even the Managing Editor of The Eagle Online, Dotun Oladipo, had in one of the episodes of his programme: “Talking Politics With Dotun Oladipo,” stated this fact (https://youtu.be/6YR38n93nt4).

The inside sources within the PDP cited Wike’s alleged repeated disrespect for traditional institutions, especially in his Rivers State.

They are also quick to point to the fact that his demolition of a mosque in Port Harcourt and proclaiming that Rivers is a Christian State worked against him in both the primaries of the PDP and the choice of a running mate for Abubakar.

This was despite the fact that the Rivers State Government had said the mosque was built in an unapproved area.

One of the sources told The Eagle Online: “Ordinarily AA (Atiku Abubakar) would have picked him as a running mate.

“But there were stories of some high influencers warning that should AA do that, he should bid goodbye to any block support from the North.

“As for why Ayu must stay: Wike has been instrumental for the reign and fall of PDP national chairmen since the time of Senator Ali Modu Sheriff, popularly known as SAS.

“There are elements in the party who see him as overreaching his limits.

“So, for those people too, should AA trade in Ayu, he should bid goodbye to their support.

“These are leaders who wield interests in various states both in the North and South.

“It won’t make political sense for AA to discount those interests to cultivate just for a Wike.”

Sources also said it was also easy for former Vice President Abubakar to ignore Wike’s demands because contrary the larger than life image being created around him, political reality has shown that he has only a few of the governors elected on the platform of the PDP backing him.

Some of the sources pointed to the fact that he has just three of the governors in his camp.

In all their states, feelers by The Eagle Online showed that the opposition parties appear to be gaining serious ground ahead of the 2023 elections, threatening either their reelection or the PDP retaining the Government House.

But one of the sources said this is not a consideration by Abubakar.

He said this was because “while none of them can stop PDP victory in their respective states, it will embarrass the Campaign, however, if the narrative remains that three or four PDP governors are against Atiku.

“Atiku has a choice to make between feeding Wike’s ego or siding with some interests in the party who believe that the Rivers man is overreaching his limits.”

One of the sources said this was the reason Abubakar flew to the United Kingdom last week to meet with Wike.