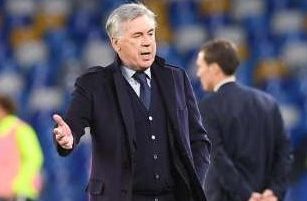 Real Madrid is reportedly preparing to open talks with Carlo Ancelotti over a new deal at Bernabeu.

The head coach’s current contract with Los Blancos is due to run until June 2024, and the Italian recently revealed that he would retire from football management once his second spell in charge of the Spanish giants has come to an end.

“This stage at Real will end my career. After Los Blancos, I’ll stop,” he told Il Messagero. “Real is the top of football. It makes sense to put an end to it after this experience.”

Ancelotti returned to Real Madrid last June after a stint at Everton, and he enjoyed a successful 2021-22 campaign at the helm, helping the club win La Liga, the Champions League and the Spanish Super Cup.

The team’s European Cup triumph last season saw Ancelotti become the most successful coach in the history of the competition, having now lifted the trophy on four occasions, two of which have come with Los Blancos.

Earlier this year, the 63-year-old said that he would be prepared to stay as Real Madrid boss “for another 10 years”.

“I would like to be with my grandchildren, to be on holiday with my wife. There are so many things to do that I’ve had to put aside. There’s a lot of places I’ve never been to.

According to Marca, Real Madrid president Florentino Perez has been delighted with the manager’s work at the helm and is keen to sign him to a new contract.

“It’s one of the best dressing rooms ever seen at Real Madrid,” the publication quoted a source as saying.

The capital giants have also won their opening four La Liga matches to sit at the top of the table with 12 points, while they opened their Champions League campaign with a 3-0 victory away to Scottish giants Celtic on Tuesday night.