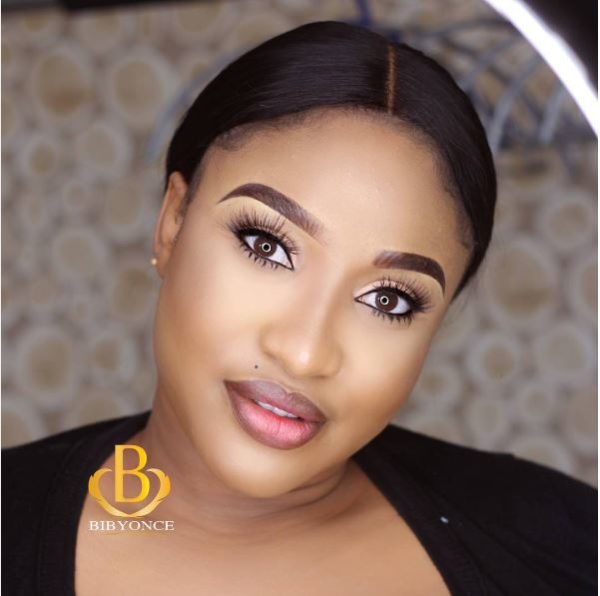 Residents of the Federal Capital Territory, Abuja, on Friday demanded justice for a four-year old who was allegedly raped by the family’s cook, 28-year old, Ebiloma Idris.
News Agency of Nigeria reports that Nollywood Actor, Tonto Dikeh led the protest of Abuja residents to the Apo High Court where the case was brought for trial.
Dike said that the protest aimed at raising voices and a call for justice for the minor who was allegedly raped by Idris in 2016.
The actress and the singer said it was shocking that the alleged rapist was being protected by the father of the minor.
Dikeh told NAN that the mother of the minor had tendered all evidences and medical reports which showed there was a rape situation.
She quoted the mother of the minor as saying she was hoping the court in its final judgment would grant justice to the minor.
Dikeh said that the accused, Idris, should be given a maximum sentence when found guilty to serve as a deterrent to others who perpetuate such heinous crimes as child molestation.
She said that she would continue to lead the move for justice for the minor whose father has failed to support the mother on the case but has rather taken the sides of the alleged rapist.
Dikeh said that the adjournment of trial to October 3, will give ample time for the prosecution to tender all evidences and witnesses to the case to prove that there was rape.
Also speaking to NAN, Ayisha Yesufu, Co-convener of the Bring Back our Girls group, called for fair prosecution and justice delivery which should not come as a result of outcry on social media.
She explained that in this case, the mother of the minor had reported the case to the police but they fail to act immediately and were also concealing some evidences before the court.
She said: “What the mother has been crying out for is that a lot of evidences that are supposed to be put in place have not been put in place as she alleged that the police are leaving out a lot of loop holes in this case.
“This case is painful one and it took an entirely different dimension because I have never seen a case whereby the father of the victim is the one defending the alleged rapist, getting legal counsel him.”
According to her, the instrument of justice must be used on every Nigerian, Justice is not for sale and is not for the highest bidder and we must insist on that.
She said: “Like the case of Senator Elisha Abbo, the police did not do anything after he was reported since May 14 until there was an outcry in on social Media.
“This is what is playing out in this case again because the minor’s mother had written out severally but nothing was done, she is also being threatened.
“The police should stop concealing evidence because the judge will only work with evidences provided before the court.’
Yesufu recommended maximum imprisonment as punishment for rapist as that would serve as a deterrent to others because the rate of rape cases was alarming.
James Idachaba, Head of Legal and Prosecution Department, FCT Police Command, said that the prosecution had tabled all evidence it had before the court and was optimistic for a fair judgment.
Idachaba said that he was available in court alongside the Prosecutor for the case because of the severity of the case and how much the police was interested in it.
He said: “For us, the doctor’s report is already there and all our evidences are incorporated before the court. I am satisfied with what I saw.
“I have gone through all the proceedings and what has been filed as the final written address.
“We don’t go to court when we are not sure we would get justice.’
NAN reports that on September 1, 2016, Idris, a cook was reported to have sexually molested a 4-year-old in their home, No3, Justice Lawal Uwais Street, Asokoro, Abuja.
The charges filed against him stipulate that the offence was contrary to Section 32(1) and punishable under Section 32 (2) of the Child Rights Acts LFN 2003.
The accused pleaded not guilty to the crime and was remanded in the Kuje Prison for a court of higher jurisdiction to hear the case.
Idris was however re-arraigned before Justice Angela Otaluka of the Apo High Court on Friday with amendments on his charges with a two-count charge of defilement and sodomising a four-year-old.
Following amendments made on the charges, Otaluka adjourned the case to October 14 for further hearing to enable both the prosecution and defence counsel tender more evidences and witnesses to the case.
A large number of protesters were seen outside the court premises carrying placards with inscriptions #Justice for Khloe, #Idris Ebiloma must rot in Jail, #Justice not for Sale, #Say no to child molestation.