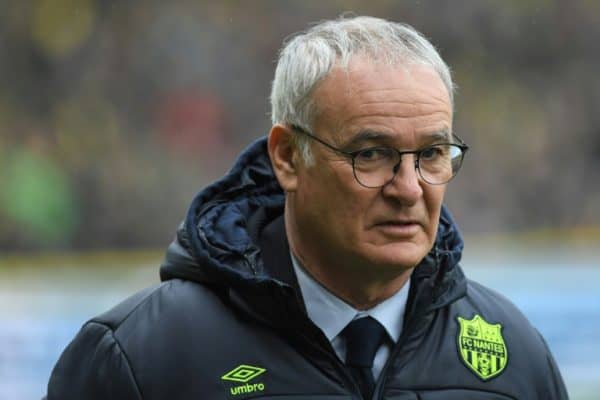 Share
Facebook Twitter LinkedIn Pinterest Email
Napoli ripped AS Roma’s defence to shreds as they handed the hosts an embarrassing 4-1 defeat at the Stadio Olimpico in Serie A on Sunday.
The defeat piled on the problems for recently-appointed coach Claudio Ranieri.
Roma began the game in fifth place with a chance to move within a point of fourth-placed AC Milan, who lost 1-0 at Sampdoria on Saturday.
But, instead, they dropped to sixth after Atalanta won 3-1 at Parma to overtake them.
Arkadiusz Milik put Napoli ahead after two minutes, cleverly controlling Simone Verdi’s chipped pass with his heel and then swivelling to fire past Robin Olsen.
Having dominated the first half, with another Milik goal chalked off for offside, Napoli were pegged back in stoppage time when Patrik Schick was fouled by goalkeeper Alex Meret.
Diego Perotti slotted home the penalty kick.
Yet Roma were left reeling by two quick goals after the break as they slumped to a second defeat in Ranieri’s three games in charge.
Jose Callejon’s low cross slipped under Olsen’s hand to leave Dries Mertens with a tap-in at the far post in the 50th minute.
Then, Fabian Ruiz burst down the left and set up Verdi for the third five minutes later.
Substitute Amin Younes added the fourth, scoring at the second attempt after Roma failed to clear a corner kick.
Second-placed Napoli stayed 15 points behind runaway leaders Juventus, who beat Empoli 1-0 on Saturday.
AC Milan, in the lowest of the UEFA Champions League slots, have 51 points, followed by Atalanta (48) and Roma (47).
Ranieri returned for a second stint at the club to replace Eusebio Di Francesco.
Di Francesco was fired after a 3-0 derby defeat to Lazio was followed by UEFA Champions League elimination at the hands of FC Porto.
“It’s difficult, but we are working hard and trying to do our best,” said Ranieri. “The others run faster and harder and get to the ball first. Do I regret taking the job? Never.”
Atalanta fell behind to an early Gervinho goal at Parma.
But Mario Pasalic levelled midway through the first half and two goals in the last 15 minutes from striker Duvan Zapata gave them the points.
The Colombian took his season’s tally to 19, level with Juventus forward Cristiano Ronaldo and two behind leading scorer Fabio Quagliarella of Sampdoria.
Reuters/NAN.
Claudio Ranieri Napoli Parma Stadio Olimpico
Share. Facebook Twitter Pinterest LinkedIn Tumblr Telegram Email