Ramos will return to Real Madrid one day, Kroos says 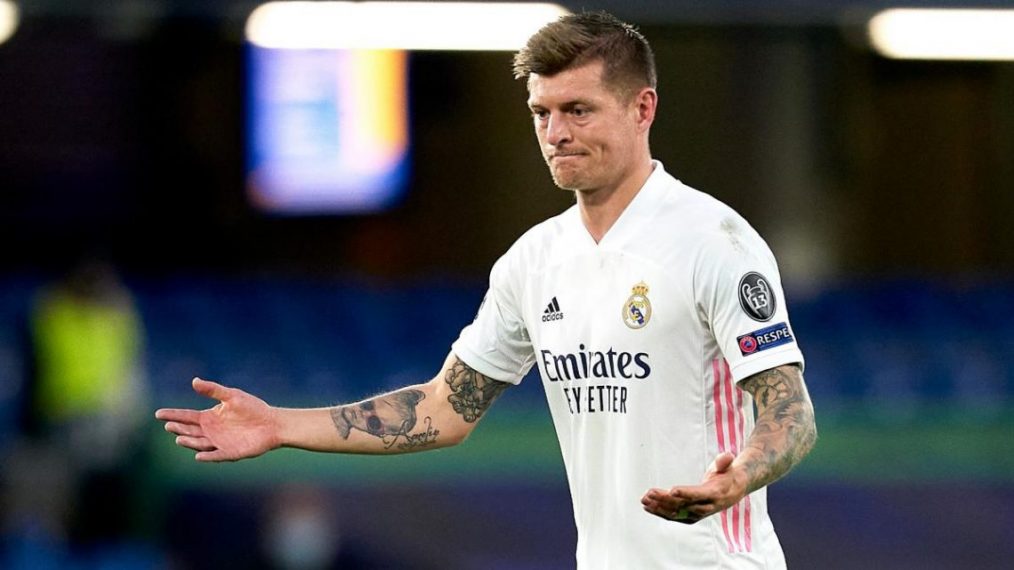 Real Madrid will be seen to be “negligent” if they failed to bring Sergio Ramos back to the club one day, former teammate Toni Kroos said on Wednesday.

The La Liga giants announced last week that the long-serving centre-back is to leave the club after a remarkable 16-year spell in the Spanish capital.

But the Spain international will start a new adventure next season after Real Madrid withdrew their offer of a one-year deal on reduced terms, as confirmed by the long-serving defender.

Kroos spent seven seasons playing in the same side as Ramos and believes the 35-year-old will return to the Santiago Bernabeu in the future.

“I am sure we will see him at Real Madrid again, whatever his role,” Kroos said on his Einfach mal Luppen podcast Wednesday.

“It will also be negligent not to have someone like that at the club and keep him. He can still contribute a lot in the future.”

Ramos joined Real Madrid from Sevilla in 2005 and made 659 appearances for the club in all competitions, the last of those coming against Chelsea on May 5.

Kroos, who has two more years to run on his contract, admits it is difficult to envisage a future without the experienced defender at Real Madrid.

“I do not know Real Madrid without Ramos,” he said. “It was inconceivable that he was not going to finish his career at Real Madrid. I expected him to stay.

“He is not only a first-rate player, but also the best captain I have ever seen because he always fought for the team on and off the field.

“If you ask 100 rival forwards which defender they least liked playing against, Ramos’ name will be mentioned quite often. It was good to have him on our team.”

Ramos was left out of Spain’s Euro 2020 squad due to his injury issues, but he has been linked with a string of big-name clubs ahead of the new campaign.

“I’m not sure where he will go next, but I’m sure he will make a good decision,” Kroos added.

“The seven years I spent with him, as a player and as a person, were incredible.”