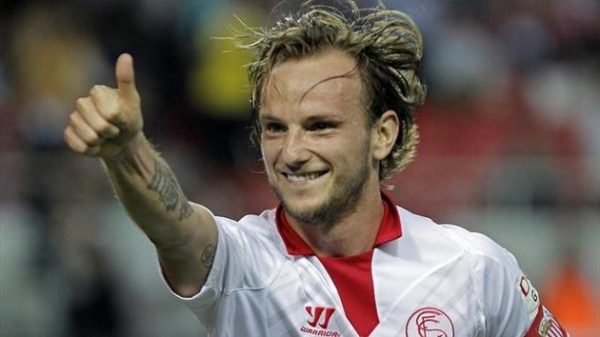 Share
Facebook Twitter LinkedIn Pinterest Email
Ivan Rakitic will miss Croatia’s crunch Nations League clash against England on Sunday with injury, manager Zlatko Dalic has confirmed.
The Barcelona midfielder played 68 minutes of Croatia’s 3-2 win over Spain on Thursday, which has set up a winner-takes-all match at Wembley against England.
The victor will reach the semi-finals of the Nations League, but Croatia will have to make do without one of their key players.
Dalic said: “He will go to Barcelona, it’s a serious injury. You know that I usually take no risk. If there is a doubt that the injury could be serious, then we let him rest.
“We want healthy players and Ivan in this moment is not 100 per cent ready. Unfortunately, we are going to play without him.”
Rakitic has 102 caps for Croatia, but Dalic was in no mood to bemoan the absence of such an experienced player.
“We will see who will replace him. We have (Mateo) Kovacic, we have (Josip) Brekalo, we have (Milan) Badelj,” Dalic said.
“There is always a solution and we should stop whining about someone who’s not going to be there. We will find a solution and we are going to Wembley to enjoy football.”
Croatia England Ivan Rakitic UEFA Nations League Wembley Zlatko Dalic
Share. Facebook Twitter Pinterest LinkedIn Tumblr Email