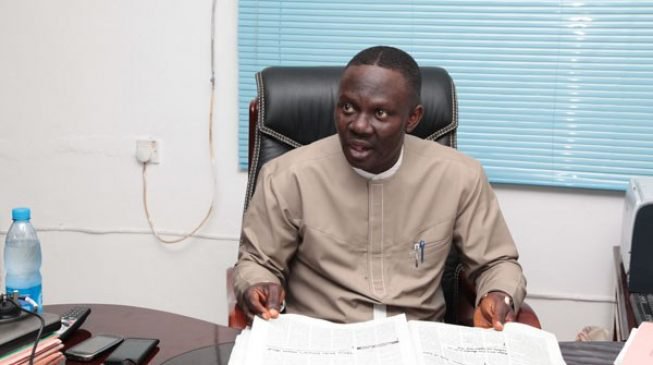 The Reformed All Progressives Congress has hailed the 51 federal lawmakers that defected from the All Progressives Congress on Tuesday.
In a statement by its National Publicity Secretary, Kassim Afegbua, the R-APC said the defection of 15 senators and 36 members of the House of Representatives was a gallant move by the lawmakers.
The statement reads in full: “We woke up on Tuesday, 24th July to the very pathetic, ridiculous, fascistic, gangsteristic, and gestapoeic realities that have occupied our democratic space when President Buhari’s police decided to lay siege on the house of the leadership of the Senate, Dr. Bukola Saraki. He was.prevented from proceeding to the hallowed chambers to carry out his legitimate duties as the duly elected Senate President of the Federal Republic of Nigeria.
“We had raised alarm on the juicy carrot being dangled before some of our members and had alerted the country of sinister moves to call the Senate President a bad name in order to hang him. Barely three days after our earlier note of caution, the well scripted drama to undermine the rights of our members have come to light but in a very disturbing and utterly condemnable, Gestapo manner similar to that of members of the Jacobian scandal club of mideaval ages in American 16th Century political history. The Police, who should serve as the custodian of the democratic rights of the people, who should provide a good anchorage to safeguard the lives and properties of the people, have suddenly become instrument of.oppression, suppression and willing tools in the hands of the powers-that-be. They have brought ridicule to the institution of the Police and continuously make us a laughing stock in the comity of nations.
“We are particularly disturbed that those who glorify themselves as democrats and fighters for democracy, by condemning military rule have suddenly maintain conspiratorial and ominous silence. They have not only endorsed this act of ignominy, but also watching with rellish in the closet of their homes as the nation drifts on the plane of fascism, democratic militarism, gangsterism, and bare-faced dictatorship. It baffles us that while we are putting in place concerted efforts to secure our democracy by fighting brazen injustices and outright abuses, the APC government that prides itself as fighters of corruption have been trying hard to crumble this democracy. The utterances of the disputed Chairman of the APC, Comrade Adams Oshiomhole who has become the National President of the APC churning out presidential orders, signpost a dangerous trend in our democracy. Those symptoms of.maximum rulership which have dominated political discourse in recent times represent sad commentary in our attempt to build and sustain democratic ethos and values in a country troubled by bad leadership.
“We thank Nigerians from all walks of.life who rose to the challenge to arrest the drift by defying the early morning rain to stand up and defend democracy. We are glad that Nigerians could now see the rationale for our earlier action to fight absence of internal democracy, infractions and clear abuses within the APC which have brought the party to public disrepute and factionalisation. We salute our gallant lawmakers for their bold decision to exit from this colony of maximum rulers called the APC and helping to redirect the compass for better political engagements and sustenance of our hard-earned democracy. We salute the President of the Senate; Dr. Bukola Saraki, for his bravery, courage and boldness in confronting agents of the oppressors to preside over the Senate for legislative duties. He was firm and calm in his disposition, and collected in his delivery of the message of hope during plenary.
“We wish to call on Nigerians and.members of the international community to rise up to the occasion of safeguarding our democracy that is presently under siege midwifed by desperate leaders who are poised for unhealthy and undemocratic showdown. We fought hard to birth this democracy, hence we will not sit back and watch the descent to anarchy by agents of destruction populated in the APC. It is a call to collective responsibility by all lovers of democracy to help in calling the Inspector General of Police to order. This ridiculous show of impunity is an ill-wind that blows no good. While the nation is suffering in the hands of bandits, Fulani herdsmen, terrorists and kidnappers, as if it were unpoliced, the Inspector General of Police has suddenly developed erection in trying to undermine the institution of the Legislature. We say never again shall we allow anyone, no matter how highly placed, to undermine our democracy.
“Once again, we salute our members who have effectively re-adjusted their membership into the PDP to join forces with other like-minds to vote out this analogue leadership that has become a pain in the necks of Nigerians. And the coming days will also witness other decampees across the country for the great democratic challenge ahead.”