Qatar 2022: Eagles will cope well with pressure against Sharks — Musa 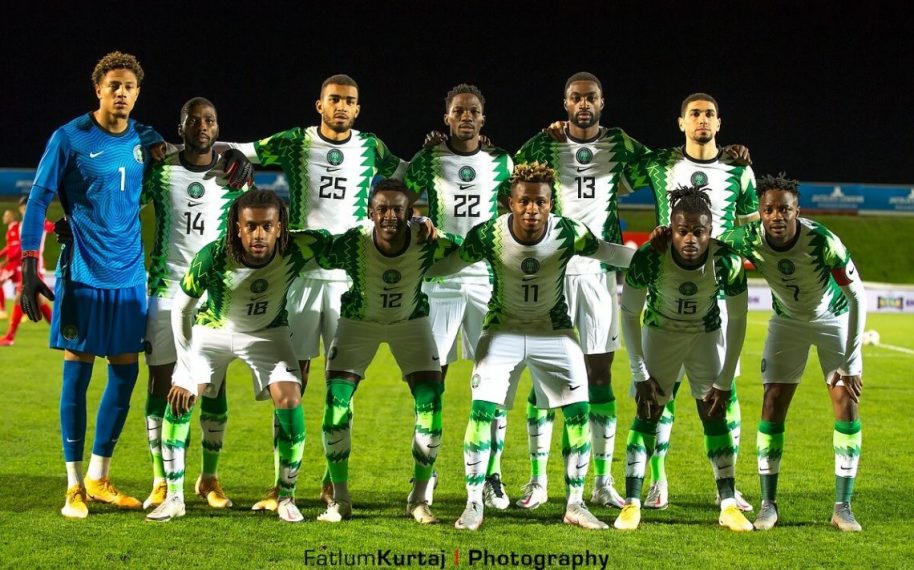 Captain Ahmed Musa has assured that the Super Eagles are matured, professional and ambitious enough to deal with any pressure when taking on the Blue Sharks of Cape Verde in Tuesday’s ultimate game of Group C of the FIFA World Cup Qatar 2022 qualifying African series.

The Super Eagles are to dwell with the Blue Sharks of Cape Verde at the Teslim Balogun Stadium in Lagos on Tuesday.

Musa told thenff.com just before the Super Eagles had their last training session at the Teslim Balogun Stadium on Monday evening: “There will always be all kinds of pressure when you are out there on the football field, as a professional sportsman or woman.

“You just must have strong fibre to cope with the pressure from everywhere, focus on getting the result and get the job done.

“Pressure is never an excuse not to put out your best; sometimes, it helps you to get beyond your level best.”

At a pre-match press conference earlier in the day, the Nigeria record international caps’ holder also said the big motivation to go all out in Tuesday’s encounter is that a number of players in the squad are yet to feature at the FIFA World Cup finals.

He said: “The FIFA World Cup is the biggest stage for every professional football player.

“They all want to be there; you don’t need any more motivation than that.

“We said after the match with Liberia in Tangier on Saturday that we will not be going for a draw against Cape Verde.

Musa also assured that the Eagles will not be underrating the Sharks but will go all out as from the first whistle of Algerian referee Mustapha Ghorbal.

Head Coach Gernot Rohr, who will be in charge of his 54th game for the Nigeria senior men’s team on Tuesday, expressed confidence that the three-time African champions will collect all three points against the Sharks, just as they did when both teams met at the Estadio Municipal Adérito Sena on the island of Mindelo on September 7.

Rohr said: “We have a job on our hands and that is to win tomorrow.

“It is important to win so as to be sure of where you will be at the end of the day.

“We are top of the table now and a win keeps us there and sends us to the final knockout round.

“I really don’t think we are under any pressure.

“We have 12 points, two more than the opponents.

“They are the ones with the big pressure to come out and look for a win.

“Our approach for tomorrow will be to win. The players are looking forward to doing that.”

Forward Odion Jude Ighalo, who was unable to play any part in Saturday’s encounter in Tangier because he arrived in Morocco only two days to the match as he was taking his second dose of the COVID-19 vaccine in Riyadh, is likely to be involved against the Sharks at the Teslim Balogun Stadium.

It would be his first run-out with the squad since he announced his retirement from the international scene after the 2019 AFCON, where he was the tournament’s top scorer.

Cape Verde’s Blue Sharks, who lost 1-2 to the Eagles on their own soil two months ago, are staying at the Sheraton Hotel, Ikeja.