PVC: Enthusiasm wanes after extension of CVR by INEC + Photo 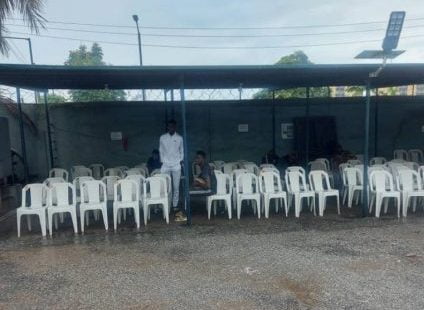 The turnout for the registration for Permanent Voter Cards appears to have waned after the Independent National Electoral Commission announced an extension of the exercise.

The Judiciary had mandated INEC to extend the period of the Continuous Voter Registration from the end of June 2022.

However, by the time INEC complied with the order, the crowd that had thronged the centres for registration appeared to have suddenly thinned out or disappeared entirely.

This was exemplified by the situation at the Lagos Office of the INEC in Yaba area of Lagos State on July 5, 2022, where there was no one in sight for registration.

This is despite the fact that some State Governments have declared public holidays to enable residents register.

Among States that declared holidays were Yobe, Plateau and Niger.

Some State Offices of the INEC, including Zamfara, extended the work hours of their staff to enable more people register.

There are also numerous uncollected PVCs.

In Lagos State, no fewer than one million cards are awaiting collection.

In Osun State, over 333,000 PVCs are awaiting collection.

The commission in its CVR weekly update, released in Abuja, also disclosed that 8,631,696 registrants had completed their registrations.

It disclosed that 3,250,449 of the registrants completed the process through online, while 5,381,247 did through physical registration.

The gender breakdown of the registrants who had completed their registration comprised 4,292,690 male and 4,339,006 female, with the gender category showing that 6,081,456 of the figures were youth, while 67,171 were Persons with Disabilities.

The update also revealed that INEC had received a total of 23,560,043 applications, including those applying for voter transfer, requests for replacement of Permanent Voter Cards and update of voter information records.