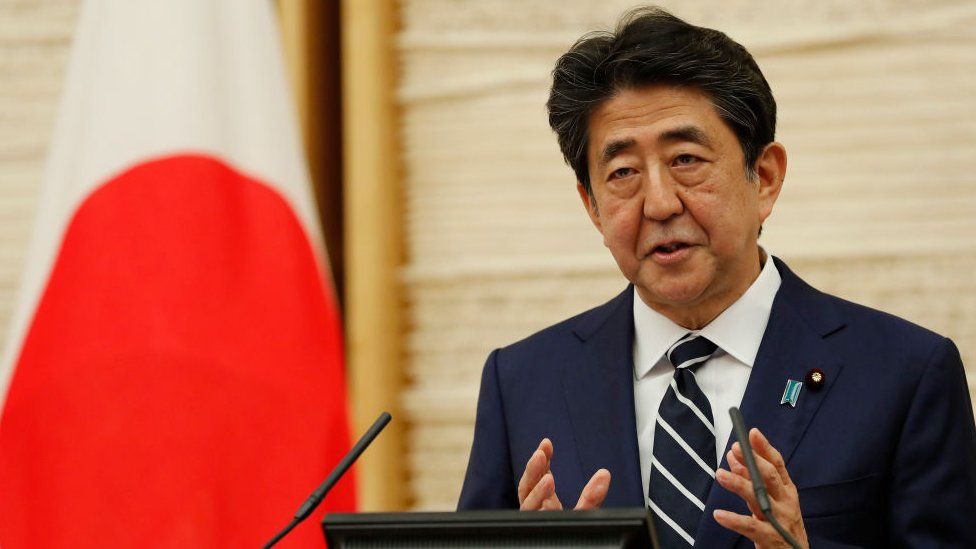 Amid protests, Japan has honored the assassinated former Prime Minister, Shinzo Abe with a state funeral and military display in the nation’s capital Tuesday.

The government ignored critics and insisted that Abe deserved the rare ceremony.

Under heavy security precautions and surrounded by angry protesters, some 4,300 mourners from Japan and abroad took part in the ceremony at the Nippon Budokan hall in Tokyo.

Among them were US. Vice President, Kamala Harris and former German President, Christian Wulff.

Soldiers in white received the urn at the hall and placed it on a pedestal while the military band played the national anthem.

Mourners sat in front of a huge portrait of the former prime minister.

In his speech, current Prime Minister, Fumio Kishida praised his mentor, Abe as a politician with a clear vision for the development of Japan and the world.

Kishida lamented that his predecessor should have lived much longer.

Abe was Japan’s longest serving head of government in the post-war period.

At home, however, Abe is controversial for his nationalist agenda and his involvement in nepotism scandals.

In polls, a majority rejected the state ceremony for Abe, and said that the current head of government who also belongs to Abe’s conservative party, had no right to give Abe such a state honour.

Since the end of the war, there has been only one state funeral for Prime Minister Shigeru Yoshida in 1967, a ceremony that was also criticized at the time.

The government however stressed that the state funeral was not intended to force anybody to mourn.