Hoodlums in Onitsha, Anambra State have destroyed the statue of Nigeria’s first President, Dr. Nnami Azikiwe, erected in the city.

The hoodlums are suspected to be some of those who hijacked the #EndSARS protest to wreak havoc.

The News Agency of Nigeria reports that the statute, located at Denis Memorial Grammar School Roundabout in Onitsha, was erected months ago by Governor Willie Obiano to further beautify the city.

While vandalising the statue, the hoodlums, armed with dangerous weapons, including machetes, were heard venting their anger against the late Nigerian statesman.

“You are the cause of our trouble,” was one of the uncomplimentary remarks the hoodlums chanted.

One of Azikiwe’s kinsmen, Victor Ononye, described the incident as “heresy and sacrilegious”. 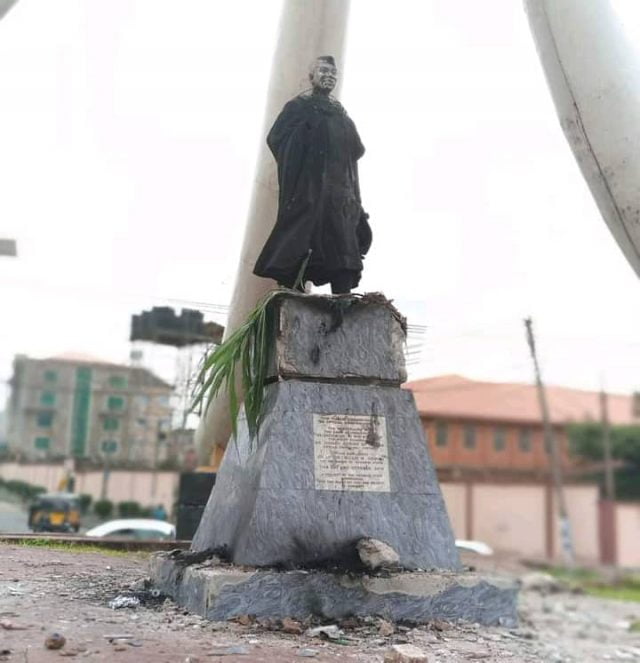 Ononye said Azikiwe must be expressing regrets at the action as the deceased statesman was one of the architects of independent Nigeria.

“What happened at the DMGS Roundabout, Onitsha, which I saw with my own eyes, evoked tears,” he said.

He called the hoodlums, who hung a disused tyre on the statue before dousing it with petrol and torching it, many unprintable names. 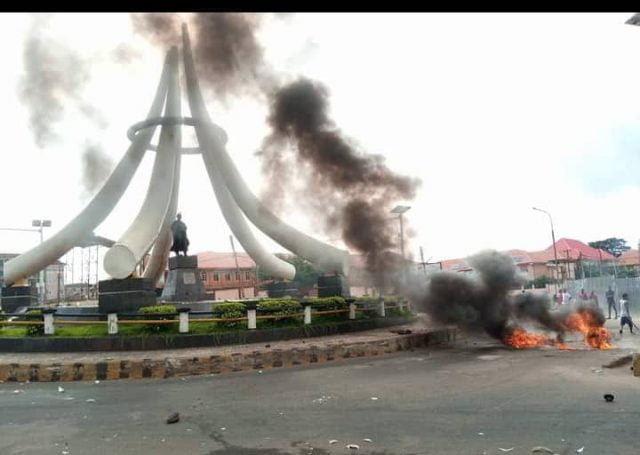 “They decapitated the hand and went away with his title staff. That is the height of ingratitude by ignorant people who know nothing about history,” he said.

Ononye said the hoodlums destroyed all the ornaments used in beautifying the site of the statue.

He said: “They were few in number.

“Why the police, a stone throw away to the roundabout, could not intervene, was a mystery.

“All the iron bars erected round the site were removed.

“All the decorative lights and materials around the site were vandalised.

“I saw two vigilante men brandishing rifles and riding on a motorcycle.

“They stopped and the boys hailed them and they rode off.

“Zik of Africa, the sage, who facilitated the end of the Nigeria civil war, Zik who built Nigeria’s foremost University for excellence in the education, doesn’t deserve this.”

UK approves use of Pfizer COVID vaccine from next week, orders 40m doses

UK approves use of Pfizer COVID vaccine from next week, orders 40m doses