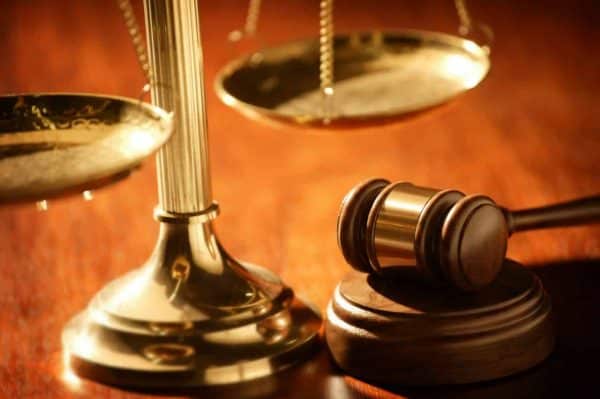 Anyone caught participating in the 2018 Chief Justice of Nigeria Sports Competition in Port Harcourt who is not a judiciary staff would be prosecuted, the competition’s organisers warned on Tuesday.
Emeka Ndili, President of the National Sports Association for Judiciary, while briefing the media in Abuja about the competition, said this was because NASAJ was not ready to tolerate “mercenaries’’.
Ndili said: “The games is only meant for bona fide and pensionable staff of the judiciary. The use of non-judicial staff, commonly called mercenaries, will not be tolerated.
“Any (NASAJ) affiliate that makes use of mercenaries will be suspended and the mercenary handed over to law enforcement agencies for possible prosecution.’’
Ndili said the use of mercenaries were not acceptable because it would be a disservice to the games’ aims and objectives.
He said: “The games is to promote the mental and physical fitness of the workforce of the various courts and judicial bodies in the FCT and the 36 states of the federation.
“Also, the games is to promote friendship and good working relations among the staff of the judiciary.
“The use of mercenaries is therefore a negation of these objectives.’’
The News Agency of Nigeria reports that the 2018 CJN Sports Competition, which is the 24th edition, is billed for Port Harcourt from September 17 to September 29.
The games tagged: “Port Harcourt 2018’’ will hold at the Civic Centre from 9 a.m. daily, with athletes from 28 judicial bodies and courts taking part in 13 sports events.
These events are one novelty competition, which is a 100 metres race for judges and Chief Registrars, and 12 regular sports events.
The 12 events include football (male only), swimming (only 50m and 100m freestyle in both male and female), table tennis (male and female) and badminton (male and female).
Competition will also be in both the male and female categories in events such as handball, basketball, chess, draught, volleyball, Ayo, scrabble and athletics.
The NASAJ president went on to disclose that the association was considering giving prize money to winners at the competition, apart from the usual medals and trophies.
He said: “Our Technical Committee is presently looking into this, and the members are working out something, which will be presented to the association’s National Executive Committee by Saturday.
“By this weekend or early next week, we should be able to make a pronouncement on that.’’
Ndili assured that attendance at the annual competition would be more widespread than before as entries have been received from more affiliates in the country’s northern part.
He said: “Now, we have many entries from the North, especially the North-East and North-West and particularly from Bauchi and Kaduna.
“Also, all the 11 Federal Courts and judicial bodies in Abuja are taking part, while all the affiliates in the six South-South states are participating.’
NAN reports that the National Industrial Court in Abuja who are the defending champions in the football and table tennis events are the competition’s defending champions.
They had emerged overall champions at the 2017 edition in Calabar.