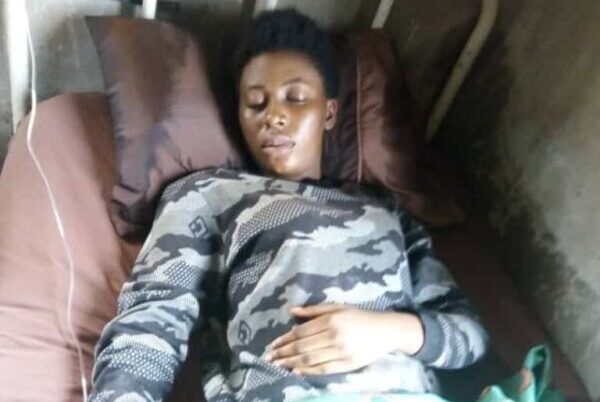 Oluwabunmi, the daughter of prominent Nollywood Actress, Yemi Komolafe, is ill and requires N1.5 million for surgery
According to shybellmedia.com, Oluwabunmi was diagonized of multi-sinusitis (inflammation of the mucous membrane in one of the hollow areas (sinus) of the skull around the nose) seven months ago.
At present, part of the nostril is blocked, preventing her from breathing.
She only breathes through her mouth.
She has been battling this for months and her mother has spent millions of naira on medicine and hospital bills.
The doctor finally concluded on an operation that will cost N1.5 million but due to previous expenses by the mother, she needs public assistance.
Actress Komolafe can be reached via 08067613081, with her account details as: Akomolafe Yemisi Rachael, 0815253534, Access Bank.