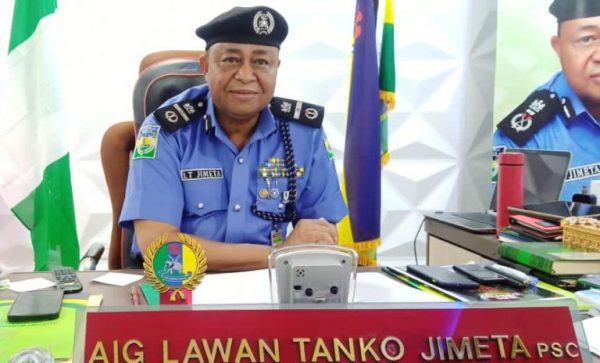 Lawan Jimeta, Assistant Inspector General of Police in charge of Zone 5, has described as worrisome the proliferation of arms and the number of small arms in wrong hands in the country.

Jimeta said this in an interview with the News Agency of Nigeria on Friday in Benin, the Zonal headquarters of the Command comprising Edo, Delta and Bayelsa States.

He said that though proliferation and unlawful possession of firearms was not peculiar to the zone, the Zonal Command was doing its best to bring the trend under control within its area of jurisdiction.

The AIG also disclosed that within the period under review, the zone recorded eight cases of communal clash and 20 suspects arrested, while investigations were still ongoing with respect to five cases.

Giving the achievements of the zone in the first quarter of the year, Jimeta said that between January and March, the operatives of the zonal command arrested 14 suspects over unlawful possession of firearms.

He also said the zone received eight reported cases of unlawful possession of firearms, while five of the cases were still being investigated.

The police chief further listed communal clashes as another major challenge in the zone.

According to him, the communal clashes are mostly due to land disputes, which are civil matters and expected to be handled by law courts or the boundary commission.

He said: “The police can only come for enforcement and execution of an order after the court has given such.

“So, what the police does is to see that as much as possible there is no clash in the first place by encouraging aggrieved communities to go to court in the event of any land dispute.

“We also ensure that issues bordering on land disputes do not escalate to a situation where there is breakdown of law and order.”

Jimeta further said that the zone within the period also recorded five suspected armed robbery cases, with three suspects arrested while the cases were under investigation.

He added: “Also we recorded four suspected murder cases, arrested three suspects. Two of the cases are under investigation, and all three suspects awaiting trial.

“Two cases of rape/defilement were recorded within the period under review, one arrest was made and both cases under investigation.

“For kidnapping, three cases were reported, two arrest made, and three cases under investigation.

“For Arson and Child Trafficking respectively, we recorded one case each.

“However, we arrested three suspects for arson while one case is under investigation.”

Jimeta said that with the modest achievements recorded, it was obvious that the zonal command was working assiduously to bring down crime rate to the barest minimum.