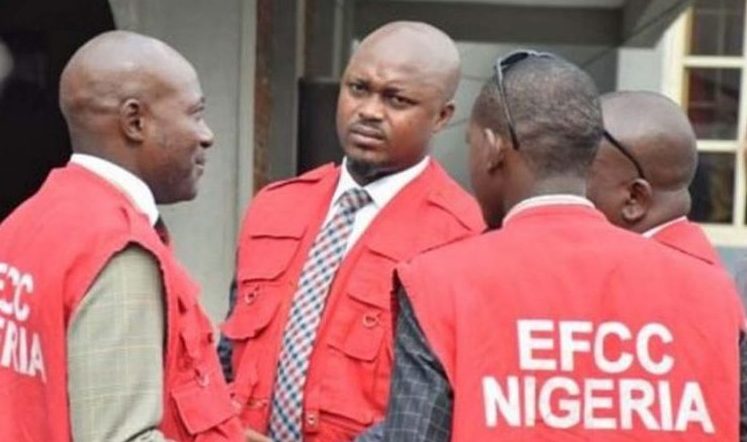 At the conference held in Abuja, the professional groups committed to collaborating with anti-corruption institutions and civil society working on anti-corruption.

The decision was part of the resolutions after the 24th Anti-Corruption Situation Room (ACSR) with the theme ‘Role of Professional Associations, Ethics, Codes of Conduct and Sanctions in the Fight against Corruption’ organised by the Human and Environmental Development Centre (HEDA).

The conference was held with the support of MacArthur Foundation.

Experts at the summit said some N2 trillion is stolen every year across the country by public and private officials, usually with the technical assistance of professionals.

Participants said Nigeria has 107 registered professional groups and that some of the members are enablers of corruption.

Participants urged the federal government to inaugurate the National Procurement Council (NPC) to strengthen the Public Procurement Act and ensure transparency in the award of contracts by MDAs.

They also asked the Economic and Financial Crimes Commission and Independent Corrupt Practices and other related offences Commission to make examples from a few professionals as a deterrent and to ensure compliance with professional accountability in all spheres of public and private administration.

They also called on the federal government to ensure that repatriation of illicit funds through Mutual Legal Assistance (MLA), which should include sanctions on professionals at home and abroad who aid corruption.

Speaking at the event, Femi Falana (SAN) said every stolen wealth has the connivance of Nigerian professionals, either as accountants, lawyers, engineers and quantity surveyors who procure inferior building materials, medical doctors that procure health certificates to aid corrupt officials who feign collapse in courts; bankers, auditors and even journalists who give frivolous awards to stupendously corrupt political figures.

Other speakers were Professor Shehu Abdullahi, who spoke on ‘Interventions from Key State Actors, Development Partners and Non State Actors’, Dr. Gbenga Oduntan of Kent University, United Kingdom who addressed the participants on ‘Enablers of Illicit Asset and Corruption-Role of Professional Bodies in Preventing, Tracing and Recovering Illicit Wealth’.

Professor Abdullahi, a former director-general of the Inter-Governmental Agency Against Money Launder and terrorist Financing in West Africa (GIABA), said the future of transparency and accountability hinges on high moral standards of Nigerian professional bodies.

In his opening speech, the chairman HEDA Resource Centre, Olanrewaju Suraju, said corruption continues to be of major concern in Nigeria as the country searches for growth, development and stability.

He said in the past few years, various anti-corruption groups have recorded significant milestones but that in spite of the noticeable efforts of Nigeria’s anti-graft agencies, corruption remains a recurrent decimal spurring a string of socio-political ills threatening democracy.

In the communiqué issued at the end of the summit, participants said it was high time the anti-graft agencies took the anti-corruption battle to the field of professionals in various sectors of the economy.

The groups urged professional and civil society groups to collaborate with the Office of the Auditor-General of the Federation to strengthen and promote a public accountability regime, adding that efficiency of professional institutions can be negatively affected by weak legal framework.

They called on the Ministry of Justice to have a department that focuses on banks and financial institutions to deal with professional misconducts.