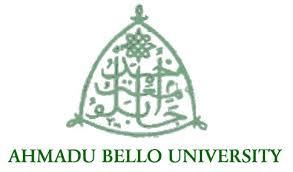 Prof. Ibrahim Garba of the Geology Department, Ahmadu Bello University, Zaria on Thursday assumed duty as the Vice-Chancellor of the institution.

Speaking at the handing-over ceremony, the outgoing VC, Prof. Abdullahi Mustapha, appealed to staff, students and the entire university community to extend similar support given to him to the new VC.

Mustapha said: “Nobody knows where each one of us would have been today without ABU.

“Therefore, we want to do everything possible to make ABU the best university in Africa.

“I will not congratulate you for taking my seat for now.

“I will pray for you.

“I will only congratulate you when you successfully complete your five-year tenure in office.”

In an acceptance speech, the new VC solicited the support and cooperation of staff and students to take the university to greater heights.

He described the VC’s office as a place that one must be humble to lead and not a place for one to raise his head up.

Garba said: “Remember, many have held the position and gone elsewhere or gone to the grave.

The VC promised to operate an open-door policy by accepting advice from the outgoing VC as well as colleagues with a view to moving the institution forward.

The News Agency of Nigeria recalls that Garba’s appointment was announced by the Chairman of the ABU Governing Council, Alhaji Mohammed Dewu, shortly after the council’s 162nd meeting on March 21, 2015.

Garba, who emerged first out of 24 professors who vied for the post, was born on February 25, 1957 at Ririwai in Doguwa Local Government Area of Kano State.

A specialist in Economic Geology, the new VC got his first and second degrees from ABU in 1980 and 1985 respectively and bagged his PhD in Geology from University of London.

Garba had worked at ABU for over 27 years.