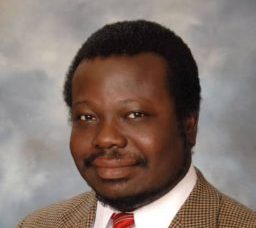 A Nigerian-born Professor of Pharmaceutical Sciences at the Philadelphia College of Pharmacy (PCP), University of the Sciences, Philadelphia, Pennsylvania, United States of America, Professor Adeboye Adejare, has been appointed as the Editor-in-Chief of Remington: The Science and Practice of Pharmacy.

Adejare, who is also Research Professor of Chemistry and Biochemistry at the university, is the first non-Caucasian Editor-in-Chief of the book which many consider as the foremost textbook in that field.

He delivered the Faculty Lecture at the Faculty of Pharmacy, Obafemi Awolowo University, Ile-Ife where he unveiled the 23rd edition of Remington which is also the bicentennial edition of the founding of PCP, being the first college/school/faculty of pharmacy in North America from where the book originated.

During the lecture, Professor Adejare spoke on drug discovery efforts for Alzheimer’s disease from his laboratory. He highlighted drugs in western medicine with African origin.

“Another modification of Physostigmine (to prevent resulting compound from getting into the brain when administered) led to Neostigmine which is a drug used to treat urinary retention problems and muscle weakness disorders affecting eyes, face, and swallowing. Physostigmine itself is used for the treatment of glaucoma”.

He explained that his research group is interested in the areas of design and syntheses of small organic molecules to probe neurodegeneration, especially Alzheimer’s disease, and for pain, and treatment of cancer.

He said his team is also interested in vitro models of drug absorption and ability of drugs to cross blood brain barrier; drug targeting; pharmaceutical profiling; and chemistry of fluoroaromatic compounds.

Professor Adejare teaches undergraduate, professional, and doctoral students and has dozens of publications, patents, and honors.

The Dean, Faculty of Pharmacy, OAU, Prof. Moses Akanmu while receiving a copy of the 23rd edition of Remington from the Guest Lecturer expressed gratitude to Professor Adejare for a well delivered lecture and also thanked him for donating the book to OAU Faculty of Pharmacy.