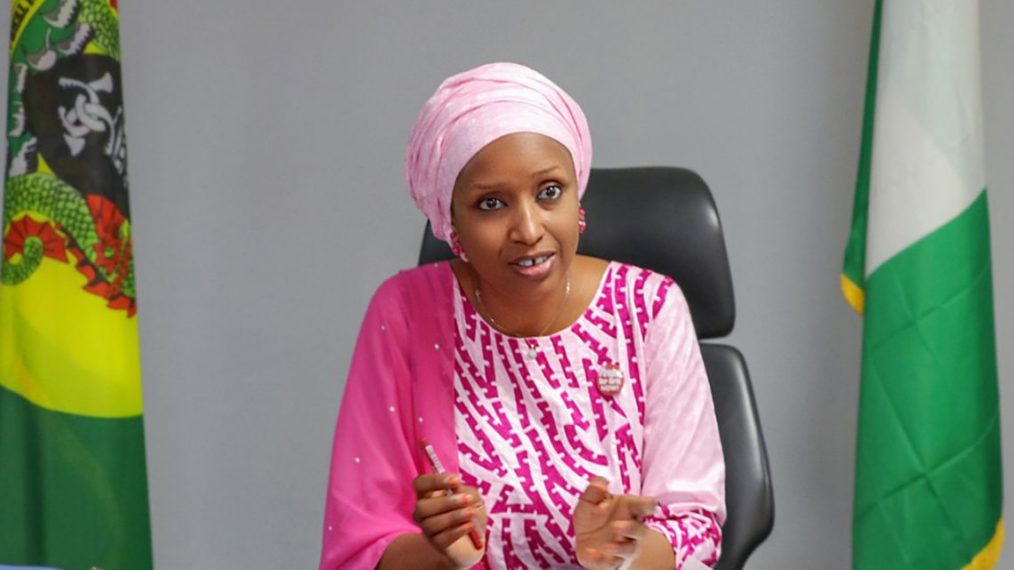 The minority caucus in the House of Representatives has called on the Economic and Financial Crimes Commission to immediately investigate the Managing Director of the Nigerian Ports Authority, Hadiza Bala-Usman, over alleged looting of revenue under her management.

The caucus, in a statement issued on Monday by the Minority Leader of the House, Ndudi Elumelu, said the All Progressives Congress administration had crippled the nation’s economy and brought untold hardships to Nigerians.

The opposition lawmakers, therefore, demanded a “more drastic step by anti-graft agencies to recover the stolen funds as well as prosecute all involved in the looting spree.”

“It is a shame that a party that came to power with the promise of fight corruption, build the economy, and fight insecurity has ended up destroying whatever gains that were made before it came to power,” the lawmakers.

Elumelu said, “The minority caucus in the House of Representatives is alarmed by the alleged looting of over N165bn operating surplus as well as other diverted funds running into billions of naira, by top officials of the Nigerian Port Authority.”

The caucus described as “another sad commentary on the brimming corruption in the APC administration,” the “mindless lootings of such stupendous resources at a time the country was writhing in the throes of worsening insecurity.”

The lawmakers, therefore, asked the EFCC to “immediately take in the indicted Managing Director, Hadiza Bala-Usman, and commence a system-wide investigation with a view to prosecuting her, if found wanting.”

According to the opposition lawmakers, such a huge alleged economic crime against the nation should not be left to an administrative panel of enquiry but committed to an anti-graft agency for an independent investigation.

The caucus expressed concerns that by committing the alleged NPA looting to an administrative panel, political manipulations and partisan influences had taken precedence over what should have been a system-wide investigation into alleged monumental fraud.

The statement read in part, “Our caucus holds that the mere suspension of the indicted Managing Director of the NPA, Hadiza Bala-Usman, and the resort to an administrative panel of enquiry even after the report by the supervising Minister of Transport, Rotimi Amaechi, exposed an unremitted and possibly diverted operating surplus of N165bn, amounts to romancing and perfuming corruption by the APC-led Federal Government.

“The minority caucus also believes that the recourse to an administrative instead of a full-scale criminal investigation can only serve as decoy to shield some other APC government officials involved in the looting spree at NPA and other affiliated agencies in the transport sector.

“This is in addition to an audit query of N15.18bn allegedly stolen through inflated Corporate Social Responsibility projects/programmes under the watch of the suspended NPA Managing Director.

“As representatives of the suffering people of Nigeria, our caucus is particularly very worried that such monumental lootings are going on at a time terrorists, bandits, unknown gunmen and criminal militias are reigning supreme across the length and breadth of the country, and life has consequently become the cheapest article in the country.

“We imagine that such resources, if channelled to the security sector and well managed, would have made a world of difference in addressing the problem of insecurity in the country.”

President Muhammadu Buhari is probing alleged non-remittance of about N165bn operating surplus to the Consolidated Revenue Fund by the NPA. Bala-Usman has since been suspended.

The government had figured out discrepancies in the remittance of operating surpluses by the NPA to the CRF for two consecutive years under the leadership of Bala-Usman.

A total of about N73.61bn (N56.3bn in 2017 and N17.31bn in 2018) realised within the two-year period was not remitted to the CRF as expected by the government, although the suspended NPA boss provided explanations to the contrary.

Also, the Federal Ministry of Transportation in a May 4, 2021, letter to the President claimed that the NPA failed to remit N165.32bn to the CRF from 2016 to 2020 and called for an investigation and audit of the financial accounts of the authority

But in a letter, with reference MD/17/MF/VOL-XX/541, dated May 5, 2021 and addressed to the Chief of Staff to the President, Bala-Usman said the NPA was aware of Buhari’s approval for the Federal Ministry of Transportation to conduct an audit of the accounts of the NPA and its remittances to the CRF.

In the letter, she explained that the audited financial statements of the NPA provided operating surpluses in 2017 and 2018 that were contrary to what were arrived at by the Office of the Chief of Staff to the President.

In another development, the embattled Bala-Usman had stated that she had no shady deal with the President of the Dangote Group, Alhaji Aliko Dangote.

Bala-Usman had reportedly been involved in a clandestine ploy to short change Integrated Logistics Services’ in favour of Africa’s richest man, Dangote.

The suspended NPA MD stated that the ports authority had an executive management team, which considered and took business decisions on all assets of the authority in the best interest of Nigeria.