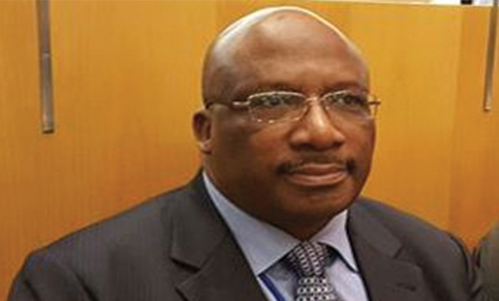 The Minister of Interior, General Abdulrahman Dambazau, has disclosed that the Port Harcourt Prison, which was built for 804 prisoners, currently accommodates 4,204 inmates.
Dambazau made the disclosure when he paid a courtesy call on Governor Nyesom Wike of Rivers State in his office in Port Harcourt.
The Minister told the governor that the Stakeholders Panel on Prison Decongestion recommended Rivers as one of the states from the six geopolitical zones for the construction of a 3,000 capacity prison.
He added that the Federal Government’s proposed Prison Project would be carried out on a land that was allocated to the Prisons Service in 1979 in Bori, Rivers State.
In his remarks, Governor Wike promised to provide necessary supports and cooperation towards the commencement and completion of the new prison project.
The Governor further called on the Federal Government to complete the ongoing construction of a prison at Omoku so that it could decongest other prisons in the state.
The Controller General of Prisons, Ja’afaru Ahmed, told the Governor that the contractor handling Omoku Prison had been contacted to hasten the project for early completion.
Others in the Minister’s entourage were Success Bello, ACG Works and Logistics, Abuja; Dr. JJ Olorunmola, ACG, Zone E; Commissioner of Police Ahmed Zaki; Controller of Prison, Rivers State, OT Tinuoye; Controller of Prisons,  Bayelsa State, VU Chabua; and officer in charge Port Harcourt Maximum Prison, DCP Felix Lawrence.
Others were Commanders of Sister Agencies in the Ministry of Interior, Immigration, NSCDC and Federal Fire Service.