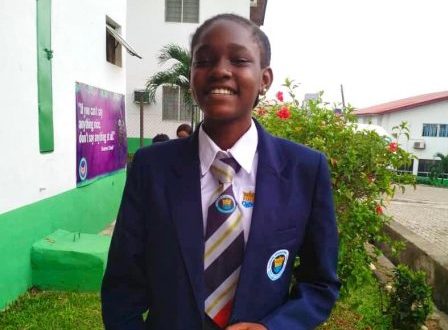 Boluwatife Arowosafe, a 14-year-old student of Olashore International School, Iloko, Osun State Nigeria, has emerged as a winner of The Diana Award.

The award, which is in memory of Diana, Princess of Wales, recognises young people globally for their social action and humanitarian work.

In his address during the virtual awards ceremony, Prince Harry said in the face of all the negative occurrences globally, Boluwatife and other young winners, personally chosen by Prince Harry and Prince William, the Duke of Cambridge, were a source of hope for the future.

According to Prince Harry: “Right now, we’re seeing situations around the world where division, isolation and anger are dominating as pain and trauma come to the surface.

“But I see the greatest hope in people like you and I’m confident about the world’s future and its ability to heal because it is in your hands.”

Specifically, Boluwatife has supported the project: “Our Voices Have to be Heard,” an initiative with a classmate, Adjwoa Awe, also a winner, to raise awareness of children’s rights and abuse.

Their project, which started in their school, Olashore International, has now expanded into the local community through the initiative: “Healing Every Living Person,” which aims to combat poverty and lack of opportunities by equipping 16-year-olds to 21-year-olds with life skills and entrepreneurial training.

The H.E.L.P initiative has already offered hope to more than 100 young people, with its free skills training and education reaching those who may have turned to crime as a way out of poverty.

Speaking further on the award, the CEO of The Diana Award, Tessy Ojo, congratulated winners who she characterised as change makers for their generation.

Ojo said: “We know by receiving this honour they will inspire more young people to get involved in their communities and begin their own journey as active citizens.”

For over 20 years, The Diana Award has valued and invested in young people encouraging them to continue to make positive change in their communities and lives of others.

Tinubu hails Ooni of Ife at 47

Video as Olori Silekunola serenades Ooni of Ife at 47