Prince Harry and Meghan pay tribute to ‘embrace’ of Africa 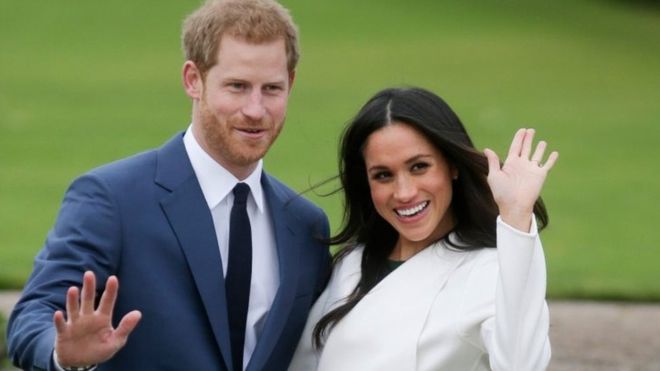 Britain’s Prince Harry paid an emotional tribute to Africa and its people on the last day of his 10-day tour on Wednesday, calling the continent his “second home”.
He also pledged to do all he could to help Africans improve their lot.
In a speech to young entrepreneurs in Johannesburg, his wife Meghan by his side, Harry said he drew inspiration from Africans’ generosity and resilience.
He made no reference to a lawsuit the couple has filed against a British tabloid newspaper that cast a shadow over the end of their trip.
“In spite of extreme hardship and ongoing challenges on so many levels, people are generous, they are strong, humble and incredibly optimistic,’’ Harry said.
Striking a very personal note, he said visiting Africa from boyhood had helped him come to terms with the tragic death of his mother, Princess Diana in a car crash in Paris in 1997.
“Africa has held me in an embrace that I will never forget,’’ he said.
He added: “I always feel – wherever I am on this continent – that the community around me provides a life that is enriching and is rooted in the simplest things – connection, connections with others and the natural environment.’’
Echoing her husband’s warm words, a beaming Meghan said Africa’s potential was “astronomical”.
Harry’s speech came a day after the couple began legal proceedings against the Mail on Sunday newspaper over the publication of a private letter.
Harry accused sections of the British press of “bullying” and compared the treatment he said his wife was having to endure to that suffered by Diana.
The Duke and Duchess of Sussex and their four-month-old son, Archie, arrived in South Africa on September 23 on their first overseas tour as a family.
Harry then visited Botswana, Angola and Malawi on his own, while his family stayed in South Africa.
On Wednesday, the couple visited a youth employment hub in the Tembisa Township outside Johannesburg and were provided with refreshments by a chef competition winner and entrepreneur, who runs a community catering business.
Unemployment in South Africa hit an 11-year high earlier this year, and the project tries to equip young people with a range of skills and entrepreneurial opportunities.
In his speech, Harry stressed the importance of such projects, saying Africa needs to create 20 million new jobs by 2035.
He also announced a British government grant of £8 million ($9.8 million) to help young Africans acquire new skills.
The couple visited a greenhouse, where a young entrepreneur explained how the facility, which uses aquaponics, had created opportunities for him and a supply of fresh local produce for the community’s restaurants.
They also met a number of young women, dressed in white lab coats, working at a facility producing up to 80,000 completely compostable, affordable sanitary towels per month.
Later on Wednesday, the couple will meet Graca Machel, widow of late President Nelson Mandela, and attend a reception celebrating the business relationship between Britain and South Africa.
Harry, a grandson of Queen Elizabeth and sixth in line to the British throne, has been visiting southern Africa for two decades for holidays and conservation work.
In Malawi this week, he appealed for more action on the climate and environment.
He also retraced his mother’s footsteps at a former minefield in Angola.
Meghan’s own engagements in South Africa have largely focused on women’s rights.
The couple will meet South Africa’s President, Cyril Ramaphosa and his wife, Tshepo Motsepe, before flying back to London on Wednesday evening.

About 86% of COVID-19 infections in Africa go unnoticed – WHO