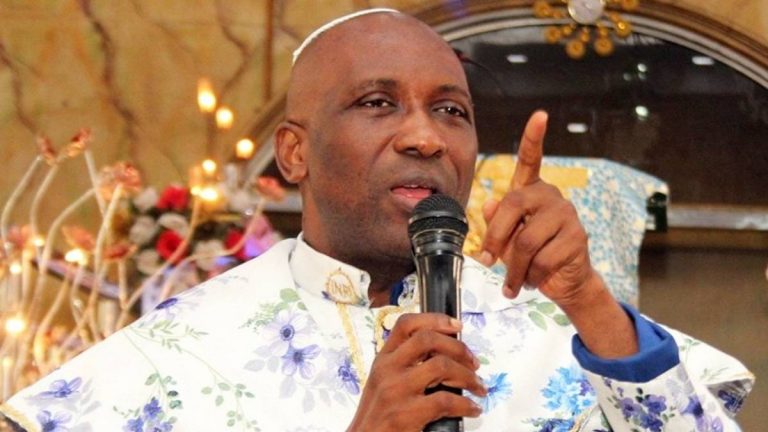 The Leader of INRI Evangelical Spiritual Church, Primate Elijah Ayodele, has released prophetic revelations on the presidential elections coming up in Kenya, Senegal and Angola.

This prophesy was contained in a statement signed by his media aide, Osho Oluwatosin, and issued on Monday.

Primate Ayodele gave an insight on what should be expected in the elections, while also giving spiritual advice to contenders on how they can win.

In Kenya, Primate Ayodele revealed that Raila Odinga should intensify efforts in his campaign if he doesn’t want Deputy President William Ruto to defeat him.

The man of God revealed that he sees Ruto sringing surprises that will threaten the victory of Odinga in the election.

Primate Ayodele also noted that there will be crisis and violence in the election because it will be very tough, while also advising Ruto to put his house together as he has all it takes to win the election.

He said: “In Kenya, Raila Odinga must not relent in his political effort otherwise William Ruto will get it.

“Odinga must still restrategise despite the fact that he seem to be more popular.

“He must be careful as I see Ruto bringing up surprises on the day of election.

“There will be crisis and violence in the election because it will be very tough.

“Ruto has all it takes to win the election if only he puts his house in order.

“There will be some fraud in areas where Ruto has huge chances but he has all it takes to win if he puts his house together.”

In the coming parliamentary elections in Senegal, Primate Ayodele revealed that that there will be gang up against President Macky Sallowed if he doesn’t change his tactics.

The man of God explained that there will be efforts to ensure he doesn’t have a majority in the parliament.

He said: “In Senegal, there will be efforts to ensure the President doesn’t get a majority in the parliamentary election coming up in July.

“If the president doesn’t change his tactics now, he will not have a majority and it will cause crisis for him.”

In Angola, he warned citizens to pray against losing the immediate former president of the country, while revealing that there will be a coalition against the incumbent President in the coming election, which can unseat him if care isn’t taken.

He said: “In Angola, let them pray not to lose the former president of the country and in the coming election, there is going to be serious election between the incumbent and opposition.

“If the president allows coalition to work against him, he will lose election but if he works very well and does the needful, it will be difficult for the coalition to unseat him.”

Continuing, Primate Ayodele warned some other African presidents to watch their health as he foresees health crisis that will threaten their lives.

He said: “The president of Benin Republic, Patrice Talon, will have ill health and terminal disease that will shake his government.

“I also see rumours of his death spreading.

“The president of Malabo should pray for his health.

“Congo Brazzaville must pray against losing a prominent personality in the country.”

Also speaking on the Economic Community of West African States, Primate Ayodele urged the leaders to work against coup and insecurity in African nations, while making it known that some juntas will not want to allow transition and that one of them will transform himself into a civilian president

He predicted: “ECOWAS must work on coup and insecurity in African countries.

“Insecurity will get worse next year and some of the Junta will not want to go, one of them will transform himself to a civilian president.

“Let’s pray we don’t experience flood in countries that have not experienced it in the past years.”