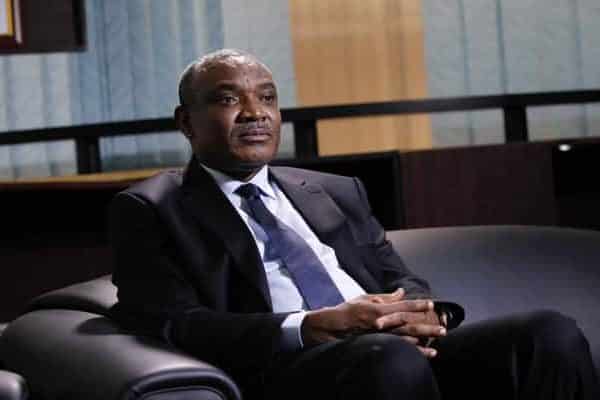 The Special Presidential Investigational Panel for the Recovery of Public Property has denied the alleged sealing off of its office by the Nigeria Police Force.
The Chairman of the panel, Okoi Obono-Obla, refuted the claims in a statement in Abuja on Monday.
The panel’s office at No. 2802 Idris Kutigi Street, Asokoro Extension, Abuja, was at the weekend allegedly sealed off by police operatives.
Obono-Obla said: “As you all know, the past few days have been aghast with media reports of police sealing the offices of the panel.
“My attention was drawn to the unfortunate news item making the rounds.’’
The chairman said he had been “inundated with calls from members of the public who are seeking to know the true position of events concerning the purported sealing off of the SPIP offices in Abuja by armed Policemen”.
He said: “I am yet to receive an official briefing on the issue since SPIP’s staff are observing the Eid-el-Kabir holiday and away from our desks.
“It is time we call the myths out for what they are, as the news making the rounds appear to us as a smear campaign from people with their protectionist agenda in favour of persons being investigated.
“The pictures you are being painted of SPIP bear no resemblance to the reality on the ground.”
He said that from inception, the panel had worked within the dictates of its mandate and taken tremendous pride in the work it did toward recovering misappropriated government funds.
Obono-Obla said that officials of the panel had made and continued to contribute vitally to the fight against corruption.
He said: “The efforts of the SPIP in the fight against corruption in Nigeria deserve to be recognised.
“Instead, we are being dismissed with misleading scare stories and arm-twisting of the panel officials by ‘highly placed Nigerians’ wishing to protect some persons under our investigation and thereby distracting the panel from carrying out its lawful mandate.”