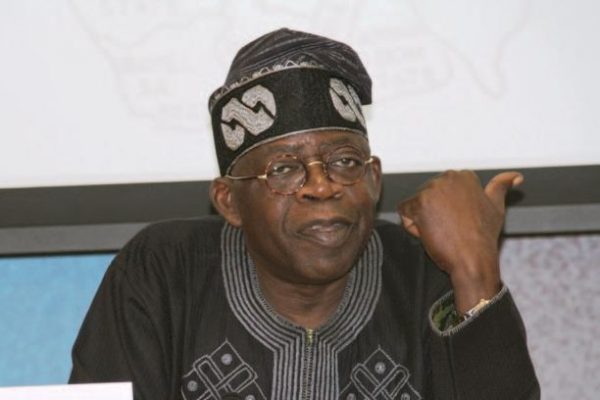 President Muhammadu Buhari has felicitated with former Lagos State Governor and chieftain of the All Progressives Congress, Asiwaju Bola Ahmed Tinubu, on his 65th birthday.
Buhari’s congratulatory message to Tinubu was issued on Tuesday in Abuja by Femi Adesina, the President’s Special Adviser on Media and Publicity.
The President said he joined “all members of the APC, political and business associates of the Asiwaju of Lagos, his friends and family, in celebrating another milestone in the life of the great leader”.
Buhari noted that Tinubu’s foray into politics had ushered in a better understanding of building consensus to achieve historical feats, like unseating an incumbent government.
He said: “Tinubu has raised the bar for many political leaders across the country as a two-term governor of Lagos State, and also bequeathed a style of leadership that completely altered the landscape of the commercial capital.”
The President recalled his pleasant and intellectually enriching encounters with the Jagaban of Borgu Kingdom over the years.
According to him, as Asiwaju turns 65, the nation still stands to gain more from him.
He also re-affirmed that the nation had benefitted “a lot from the personal sacrifices, political experience and intellectual foresight of the APC chieftain”.
President Buhari prayed that the almighty God would grant the Asiwaju good health, longer life and more wisdom to serve his country and humanity.