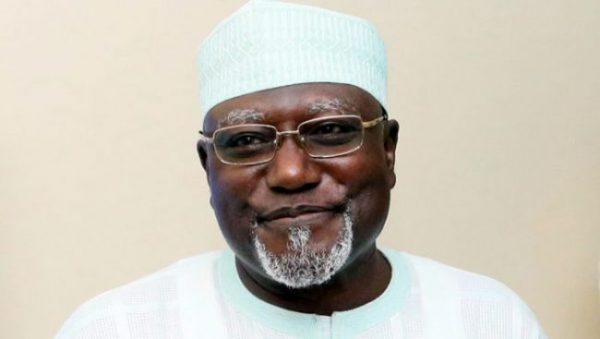 There are indications that recently sacked Director General of the Department of State Services, Lawal Daura, may be recalled to his duty post following new developments within the Presidency.
A top security source close to the Presidency and conversant with the new development told PRNigeria that plans are afoot to reverse the various reorganisations embarked upon by the Acting DSS DG, Mathew Seiyefa.
The source said: “The presidency is not happy with some recent deployment by the acting Director General of DSS, Mathew Seiyefa, especially the redeployment of Director of DSS in Kano, Alhassan Muhammad, to the Headquarters in Abuja and the deployment of Director Operations at the Headquarters, Mr. Godwin Bassey Eteng, who was moved to the Institute of Security Studies, Abuja as Director. And the posting of another officer from Kebbi to serve as the Chief of Staff to the DG in Abuja.”
The recent reorganisations which the new DSS chief initiated include but not limited to postings of directors from headquarters to states and vice-versa.
Others include reorganisation within the headquarters, postings across the various government agencies and postings among the rank and file.
Over 30 officers at all levels and cadres were affected in the reorganisation.
The source added: “The impending reversal of the reorganisation is to maintain the status quo hitherto left by the erstwhile DSS boss Daura to pave way for his likely return following what the source revealed as a clean bill of health given to him or for a new replacement that will be very loyal to the Presidency and the government of the ruling party.”
The recall of Daura may portend misgiving in the eyes of both local and international communities in view of the current development is what security pundits could not clearly discern.
Barely a week ago, PRNigeria carried an exclusive report to the effect that the sacked DSS boss rose up to defend himself of allegations of highhandedness and carrying out actions without the approval and knowledge of the Commander-in-Chief, President Muhammadu Buhari, notably the siege on the National Assembly.
The associates of former DG DSS claimed that Daura was neither given query over any issue nor indicted on his handling of affairs of the service until his sack.
Daura insisted that he took all actions in national interest through collective responsibility, including involvement of principal officers of sister agencies even though he did not disclose who authorised the siege on the National Assembly.
Daura was reported to have felt demoralised after being tagged as a mole of the opposition elements for laying a siege on the National Assembly.
He insisted he took the daring moves to protect the Presidency and the ruling party, All Progressives Congress, against the antics of the powerful opposition elements.
It was reported that when he was invited by the then Acting President Yemi Osinbajo for the security briefing, he quickly rushed out and left some of his personal belongings, including phones, in the office.
He noted that when he was whisked away and eventually sacked, he did not know his offence.
The source hinted: “Spymasters all over the world can be sacrificed but not to the extent of rubbishing their integrity and reputation on the altar of political considerations, especially a spymaster created by the same system, considering the delicate and sensitive nature of intelligent services.”