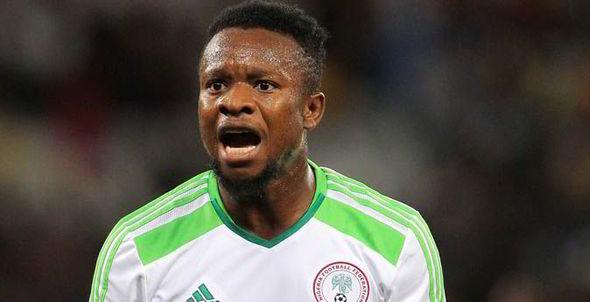 Midfield warlord Ogenyi Onazi has given full marks to the present Nigeria Football Federation administration headed by Amaju Melvin Pinnick for raising the bar in general care and welfare for the various National Football Teams.
Onazi commended the conscious efforts that have led to improvements in travelling and accommodation arrangements, kitting, friendly matches and fiscal transparency.
He said: “I don’t like to compare administrations, but we must say for a fact that the present NFF has done marvellously well in improving all areas that have to do with attention to and encouragement of the National Teams.
“Over the past few years, we have been travelling in greater comfort. We stay in exquisite accommodation, and our monies are paid. Whenever there is a reason for delay in payment of any entitlement, we are told well ahead and we always get this whenever it was ready. See what has happened to our new jerseys. I heard it went out of stock one hour after it was put on sale here in London.
“The players also don’t complain about kits again. And here we are in London playing England. This has been the pattern for some years now; we have been playing friendly matches against the top teams of the world. Of recent, we have played against Argentina, Poland, Serbia.”
The former FIFA U17 World Cup silver medallist and Africa Cup of Nations gold medallist said the NFF had indeed cast a big burden on the team with the manner the Federation has secured the team’s share of the FIFA World Cup money even before a ball is kicked in Russia.
Onazi said: “I have been a part of this team for some years now and I know the difference. Getting the World Cup cash ready for the team even before we get to Russia is a major achievement, which now puts the responsibility on the team to deliver.
“The burden is now out of the hands of the Government and NFF, and now on the players. We are now compelled to deliver. No one can hold the Government or NFF responsible for any poor outing at the World Cup. We are aware of that and we have resolved to acquit ourselves well in Russia.”