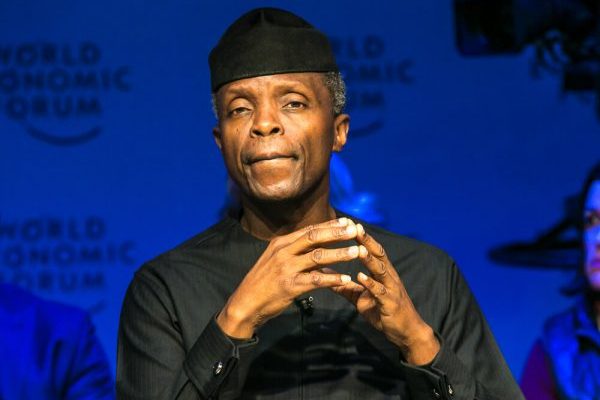 Vice President, Yemi Osinbajo, on Thursday urged Nigerians not to be discouraged by the earlier postponement of the Presidential and National Assembly elections.
The vice president made the plea on Thursday in Ilorin during a courtesy visit to the Emir of Ilorin, Alhaji Ibrahim Sulu-Gambari.
He said that the only way Nigerians could help to sustain the nation’s democracy and promote good governance was to come out en mass on Saturday to exercise their franchise.
Osinbajo also commended the monarch for his fairness toward  political parties and their candidates in the state.
He said: “I do not envy you because your sons are vying for different positions across different parties in Kwara.”
He prayed for the victory of President Muhammadu Buhari and all the party’s candidates in the general elections.
The monarch, in his remarks, thanked the vice president for the visit and prayed for the success of the party at the polls.