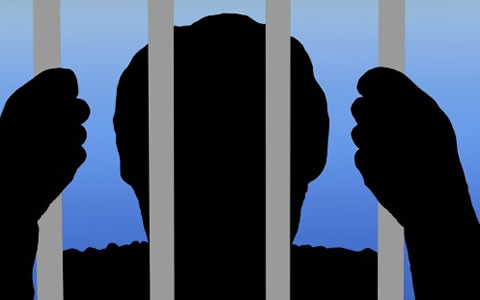 An Ikeja High Court in Lagos State on Tuesday sentenced an undergraduate, Damola Ekundayo, to 18 months imprisonment for being in possession of documents used for facilitating Internet fraud.
Justice Oluwatoyin Ipaye handed the sentence to Ekundayo, 27, after he pleaded guilty to a three-count charge bordering on the offence during his re-arraignment.
The judge convicted Ekundayo, who claimed to be a student of Lead City University in Oyo State, and consequently sentenced him to 18 months imprisonment on each of the counts.
According to her, the sentence is to run concurrently beginning from November 11, 2013, when Ekundayo was first arraigned for the offence.
The convict was charged to court by the Economic and Financial Crimes Commission.
He had pleaded not guilty to the charge during the previous arraignment.
Ekundayo, however, later entered a plea bargain agreement with the EFCC and opted to plead guilty to the charge.
The EFCC counsel, Zainab Etuh, had said Ekundayo was arrested on May 6, 2013 in Lagos for possession of fraudulent documents.
Etuh said the accused was in possession of an electronic mail address, under the alias of Trisha Douglas, which he wanted to use to perpetrate fraud on the Internet.
She said his offence contravened Section 318 of the Criminal Law of Lagos State of Nigeria 2011.