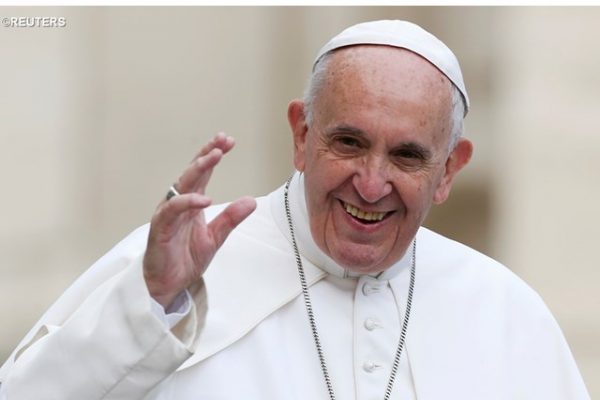 Pope Francis has joined the global outrage at the drowning of a migrant father and his baby daughter while crossing a river straddling the Mexico – US border.
This is contained in a statement by the Vatican on Wednesday.
The Vatican said: “With immense sadness, the Holy Father has seen the images of the father and his baby daughter who drowned in the Rio Grande river.
“The Pope is profoundly saddened by their death, and is praying for them and for all migrants who have lost their lives while seeking to flee war and misery.’’
The incident, involving a man from El Salvador and his daughter, aged around 2, took place on Sunday.
El Salvador President, Nayib Bukele, issued a statement on Tuesday promising to repatriate “as soon as possible’’ their bodies, and offered economic help for their grieving relatives.
He said: “One day we will manage to build a country where migration will be an option and not an obligation. Meanwhile, we will do what is possible. God help us.’’
Mexican magazine, Jornada, published a picture of the victims, and it has been circulating widely on social media, evoking comparisons with the 2015 picture of Alan Kurdi.
Kurdi was a 3-year-old Syrian boy whose body washed up on the Turkish shore. The image shocked the world and became a symbol of the global migrant crisis.
“In Less than four years after (Kurdi’s death), we are once again confronted with powerful visual evidence of people dying during their dangerous journeys across borders,’’ the Head of the UN Refugee Agency, Filippo Grandi, said in a statement.