Pope Francis calls for vaccines for all in his Christmas message 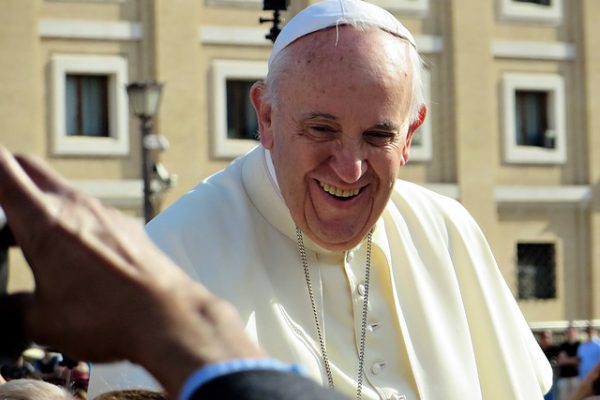 Share
Facebook Twitter LinkedIn Pinterest Email
Pope Francis in his message on Friday prayed for an end to suffering in the world and emphasized on unity among the people.
The Pope on the Christmas day, offered the faithful the traditional papal blessing “Urbi et Orbi’’ (to the city and to the world).
“We are all in the same boat,’’ the Pope said from the Benediction Hall at the Apostolic Palace, where he gave his address instead of from the central balcony of the basilica, to crowds in St Peter’s Square.
The change from balcony to hall is due to restrictions to prevent the novel coronavirus from spreading.
The Pope prayed for those who have suffered due to the pandemic, in his Christmas message, mentioning women who are victims of domestic violence.
He advocated that vaccines against COVID-19, the disease caused by the virus, should be made available to all, especially the most vulnerable.
The Pope also spoke of those suffering from the violence and terror of war and in areas in crisis.
He called for peace and ceasefires in many countries around the world.
The Pope then delivered the “Urbi et Orbi’’ blessing, one of the most important in the Catholic Church which offers a plenary indulgence to the faithful.
dpa/NAN.
Post Views: 0
Apostolic Palace Pope Francis Urbi et Orbi
Share. Facebook Twitter Pinterest LinkedIn Tumblr Email