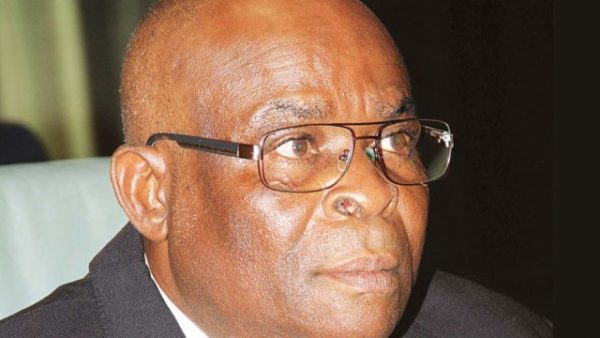 A former Chief Justice of Nigeria (CJN), Justice Walter Onnoghen, has warned that unless the Supreme Court is adequately funded, it may become a glorified high court.

Onnoghen made the assertion on Thursday in Abuja at the public presentation of Nigeria’s first book on construction law, authored by Ewuwuni Onnoghen-Theophilus.

The former CJN said that justices of the apex court have been suffering in silence since 2008 when their salaries and emoluments were last reviewed by government.

He said that some justices of the apex court still live in rented houses in unsuitable areas in the Federal Capital Territory.

Onnoghen also said that the chambers of the Supreme Court justices are unbefitting of their status and appealed that the court be properly funded to enable the justices perform optimally in a conducive environment.

He, however, said that the welfare scheme report which would have enhanced the condition of service of the justices had been jettisoned.

Justice Onnoghen further canvassed that appeal cases should not get to the Supreme Court as of right but by leave of the court to eliminate congestion in the workload of the court.

“There must be a rethink on issues affecting the judiciary because without a strong legal profession, you cannot talk of the rule of law,” he said.

He commended Onnoghen-Theophilus, author of the book, and appealed that youths should be encouraged to contribute meaningfully to the general development of the country.

For his part, former Attorney-General, Bayo Ojo (SAN), applauded the resourcefulness of the author and expressed optimism that the book would serve as a veritable tool to address crisis in the construction industry in Nigeria.

The publisher of the book, James Onoja (SAN), said that laws on construction industry as brought out in the book would serve as a guide to players in the industry, especially considering the incessant cases of collapsed buildings.