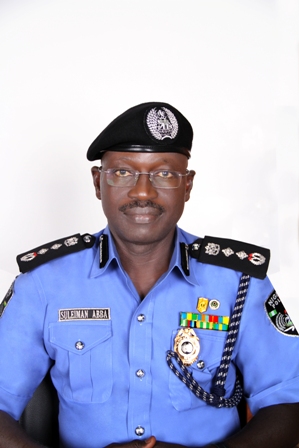 The Inspector-General of Police, Suleiman Abba, has ordered water-tight security around all key and vulnerable points within the country ahead of the upcoming general election.
Such places to be covered, based on Abba’s order, include Internally Displaced Persons camps, media houses, service providers installations, the headquarters and other offices of the Independent National Electoral Commission, banks, hospitals, lodges of the National Youth Service Corps, hotels and government offices among others.
A statement by the Force Public Relations Officer, Emmanuel Ojukwu, on Thursday said this becomes imperative in a bid to ward off any likely or possible attempt by hoodlums or men of the underworld to attack these installations and public places.
Abba further enjoined members of the public to remain steadfast in collaborating with officers and men of the Nigeria Police to stamp out crimes.
He said plans have been perfected by the police to prepare a safe and secured ground to guarantee a hitch-free March 28 and April 11, 2015 general elections.