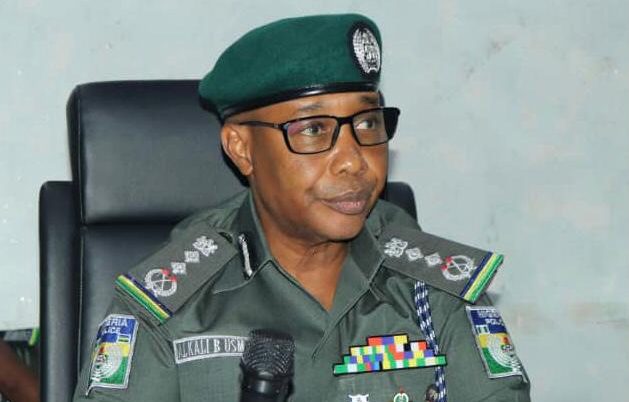 According to available information, the incident, which occurred in the Ijora area of Lagos State, was captured on camera.

It then went viral on social media, drawing the attention of the Inspector General of Police, Usman Baba.

Reacting, Baba, through the Acting Force Public Relations Officer, Chief Superintendent of Police Muyiwa Adejobi, has tasked the Lagos State Commissioner of Police, Abiodun Alabi, to fish out the policeman.

Adejobi said: “The police have commenced necessary action on this ugly scene.

“We have contacted the Lagos command to fish him out, name and shame him, and necessary disciplinary measures will be taken from the office of the IGP with immediate effect.

“This is condemned in its totality.

“It’s quite unfortunate that we can see an officer of the police, in uniform, degenerate to this level.

“We just kick against this to serve as a deterrent to others.”