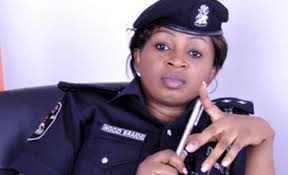 The Lagos State Police Command has dismissed a police Sergeant, Chris Omeleze, who was caught on video demanding for a N25,000 bribe from a motorist in Lagos State.

The video, obviously shot with a mobile phone, had the voice of an unidentified male motorist who had committed a traffic offence and was arrested, and the voice and face of Omeleze.

The policeman demanded for N25,000 but the male motorist said he had only N2,000, pleading that he just used the money on him to purchase a flight ticket.

Omeleze went as far as telling the motorist that he should make use of some foreign currencies, which he spotted in his car.

The motorist said the money was meant to pay for his excess luggages.

Omeleze then said he should add “something” to the N2,000 offered to make it reasonable.

When the motorist refused, Omeleze put a call across to another person who was with him when the motorist was arrested, saying that he was taking him to the police station since he refused to cooperate.

The Inspector General of Police, Mohammed Abubakar, was said to have been livid over the development after the video went viral.

Braide said: “The video was well detailed and we were able to locate the sergeant.

“The video was enough evidence and after facing an orderly room trial, he was dismissed.”